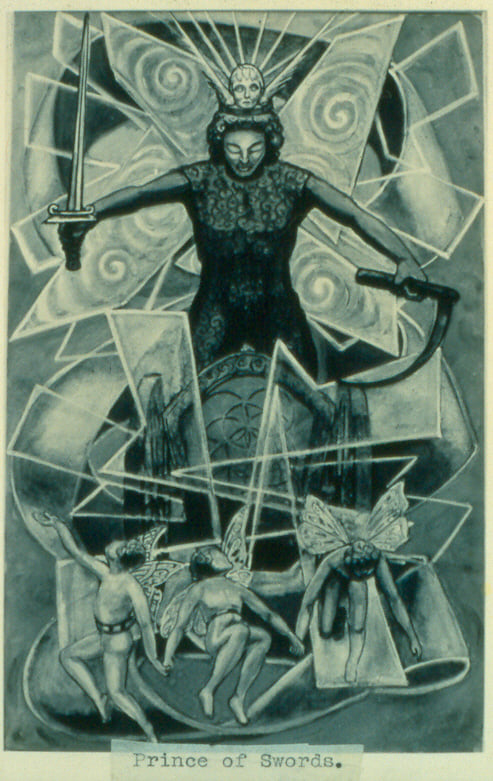 Noted occult author Dr. Richard Kaczynski has spent several years updating a visual database of places that images from the Thoth Tarot deck appear in popular culture settings: movies, TV shows, etc. They arranged chronologically according to the date each film, book etc were released. Recently he’s made a bunch of updates to the site. The posted mission statement say:

“Upon its first color publication in 1971, the captivating and provocative images of the Thoth Tarot vaulted into the visual of lexicon of popular culture, lending its exotic touch to television, motion pictures, comic books, and album covers. Originally designed by Aleister Crowley and painted by Frieda Lady Harris during World War II, the Thoth Tarot quickly became one of the biggest-selling Tarot decks in the world.

“This page is a real-time version of the Thoth sightings appendix from my paper “The Crowley-Harris Thoth Tarot: Collaboration and Innovation” in Emily E. Auger (ed.), Tarot in Culture (2014). That appendix reflects what I had discovered by 2009 when I presented my findings to the annual meetings of the Popular Culture Association. The list has since grown substantially, and I plan to keep it updated here.  Not included are books that deal specifically with Aleister Crowley, occultism, the Thoth Tarot, or Tarot in general, as my goal is to document the images’ spillover into other areas of popular culture.”