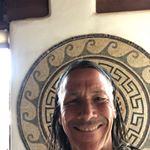 Here’s a link to an episode: https://www.youtube.com/watch?v=fFXGa-Ruz_M.

I have mixed feelings about Hamilton Morris, host of the popular Viceland docu-drug series Hamilton’s Pharmacopeia, whose third season just debuted. Morris is a smart fella, a nerdy and ballsy gonzo-lite journalist with actual research chops. He was also born with a silver media spoon in his mouth — his dad being the well-known documentarian Errol Morris (see below). But if Hamilton is media-savvy, he can also be Vice-sleazy at times: exploitative, hollow, and self-serving.

I first encountered Hamilton through his 2013 Harper’s true-psychedelic-crime article “Blood Spore,” a fine piece of investigative journalism, with juicy ethnobotanical detail and a nuanced take on magic mushroom culture. I looked forward to more. But Hamilton blew this capital with “Underground LSD Palace,” a Vice doc driven by his craven fan-worship of the repellent or at least profoundly fucked-up Krystle Cole. Acid geeks will recall that Cole played a supporting role in Gordon Todd Skinner’s jealous kidnapping-drug torture of Cole’s teenage ex-boyfriend — the ugliest thread in the legendary LSD Missile Silo saga (which was recently given a decent holes-and-all true-crime treatment by Dennis McDougal in Operation White Rabbit).

“The debut episode of the new run of Hamilton’s Pharmacopeia, “Synthetic Toad Venom Machine”, opens on a strange scene: a hirsute Hamilton watching clips of earlier Pharmacopeia episodes and agonizing over errors in nomenclature or identification. With tense violins sawing away, we then see “the worst mistake of all”: the moment when Alfred Salvinelli “lied to me.” In the 2017 episode “The Psychedelic Toad,” Hamilton had tracked down Salvinelli — another peripheral figure in the Silo story — and charged him with being “Albert Most,” the pseudonymous author of the 1983 pamphlet Bufo Alvarius: The Psychedelic Toad of the Sonoran Desert. This was the underground text that first revealed how to extract and consume the 5-MEO-DMT-heavy secretions of Bufo alvarius. Alfred, with a twinkle in his eye, said he was Most.

“Salvinelli was not Most, however, and Hamilton’s mock heroic quest to right this supposedly terrible wrong sets up the first half of the episode. After getting a shave and a haircut, Hamilton triumphantly tracks down the real author of the pamphlet, an anti-nuke activist and independent Texan named Ken Nelson, whose original insight or inspiration or leap of faith is never explained. (The answer lies in research first published by a well-known pharmacologist in the 1960s, which Hamilton does not mention.) We are also informed that Hamilton has republished Nelson’s original volume, with a preface by himself, as well as a new recipe for synthetic 5-MEO-DMT.

“I am good friends with Alfred, who my pals and I sometimes refer to as “the Bad Shaman.” By bad we mean naughty. (Psychedelic deep divers and Erik Davis obsessives might recall “The Bad Shaman meets the Wayward Doc,” a piece I wrote about Alfred’s longago tangle with John Halpern, a Harvard doctor and Silo Bust snitch.) Alfred is a tricksy fellow, and there isn’t a lot I would put past him — he is the Bad Shaman after all. But one thing Alfred is not is a glory-hound. If Alfred lied, he did it for another reason.”

“I took a bullet for the club,” is how Alfred explained it to me on the phone recently. With the unexpected glare of Hamilton’s camera on him — he wasn’t told in advance that the journalist would be accompanied by a crew — it made sense to put Hamilton off the scent by covering for the real author, who had never touched the limelight. This rings true, though it doesn’t explain why some psychedelic insiders had long before pegged Alfred as Most. Had Alfred claimed this before? How long had this story been circulating? The Bad Shaman didn’t say more, didn’t want to talk about Ken Nelson, and affirmed that he had no plans to watch the episode. “I feel sorry for him,” Alfred said of Hamilton. “He might need professional help. Have him call John Halpern.”

“Unable or unwilling to present other possible reasons for Alfred’s duplicity, Hamilton unwittingly reveals one of the contradictions of his project: the tension between “gonzo” TV narrative, with its yen for plot points and revelations, and an understanding of the peculiar and sometimes necessary ambiguities of the criminal drug underground. This conflict may even explain Hamilton’s peculiar appearance at the start of the episode: his hippie drag is anxious compensation for the fact that he isn’t a freak, or an outlaw, or even an honorable thief, but a canny outsider to the subterranean worlds he regularly taps for his Vice verité.

“Perhaps it makes more sense to see Hamilton as a media provocateur, campaigning for reason and fact in a psychoactive world saturated with woo. Appearing at a World Bufo Alvarius Congress in the second half of the episode, Hamilton tries to convince the mystic toad smokers there gathered to stop bothering the poor creatures, who get nabbed and squeezed during the summer monsoon, when they crawl out of their underground lairs and orgiastically rut. Given the growing popularity of toad venom — a demand his earlier Vice docs helped stimulate — Hamilton argues that there is no sustainable or ethical way to keep harvesting the material from the animals themselves. Instead, he suggests that psychedelic seekers puff synthetic 5-MEO-DMT instead.

“It’s a noble effort, and Hamilton gets a DIY gold star for embedding the general protocols for the synthesis within the documentary itself. But all the ethnobotanists I talked to questioned Hamilton’s central claim — that there is no objective psychoactive distinction between toad venom and synthetic 5-MEO. According to Hamilton, any perceived phenomenological differences are not related to the presence of bufotenin in the venom or any related entourage effects, but can be traced instead to psychological expectations and “spiritual” ideologies that pooh-pooh synthetic chemicals. Readers of High Weirdness know I take this kind of argument very seriously, but it still does not jibe with the wealth of phenomenological reports. OG toad smokers Wade Davis and Andy Weil certainly reported a difference, and I am hesitant to call bullshit on those dudes.

“But it doesn’t matter: I’m with Hamilton on this one. Mystic toad smokers should acknowledge that, as far as we know, smoking toad is already a thoroughly modern practice, with no known indigenous roots (whatever the toad shamans claim). When this novel practice was restricted to tiny pockets of ethnobotanical freaks, squeezing off a little divine toad sweat was probably no worse for the general animal karma than harvesting honey. But with today’s global demand, it makes sense to turn to synthetic 5-MEO, which is remarkable and already has a long history of therapeutic use. Let’s leave the toads to their liminal lives between the sloppy surface and the cool underground.”

you can suscribe to Burning Shore here: https://www.burningshore.com/subscribe?utm_source=substack&utm_medium=email&utm_content=postcta.