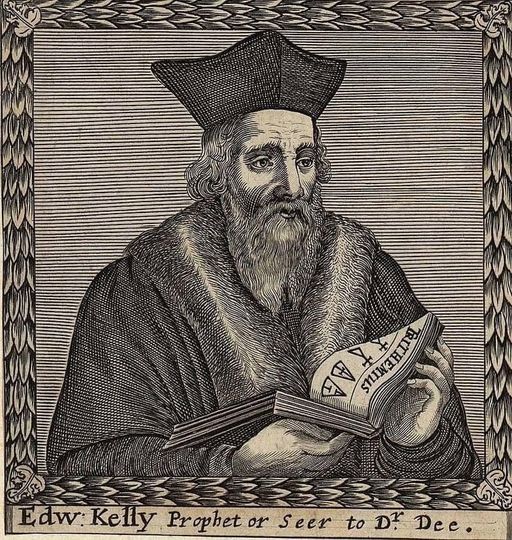 On November 1, 1597, 424 years ago, Edward Kelly died – the medium of the English Rosicrucian and the magician John Dee, was born. He helped the famous John Dee to receive the methods of Enochian Magic from communion with Enochian Spirits. In 1586, Edward Kelly demonstrated to King Rudolf II in Prague the experience of transforming mercury into gold using the red alchemical tincture. Rudolph II wished to have the secret of turning base metals into gold and gaining eternal life. He generously bestowed Kelly so that he would reveal a secret to him. But Kelly was in no hurry to share secrets. In 1589, John Dee left Kelly, and he continued his solitary journey, losing luck. Soon he became the initiator of the duel in which he killed the enemy, but was captured and imprisoned in the castle Křivoklát in the Czech Republic. Here Rudolph II insisted that Kelly decipher for him the contents of his papers with occult secrets, and fulfilled the promise. Kelly chose to run, when escaping he broke his leg, which eventually had to be amputated. Rudolph II tried to give him a second chance, but lost his patience, and in 1596 concluded him in Hněvín Castle. Kelly again escaped, in this time he broke his other leg. Being caught, he preferred to take poison, and thus died in the 42nd year of his life, as evidenced by the court alchemist of the Moscow Tsar Mikhail Fedorovich Arthur Dee (Artemy Ivanovich Diy).