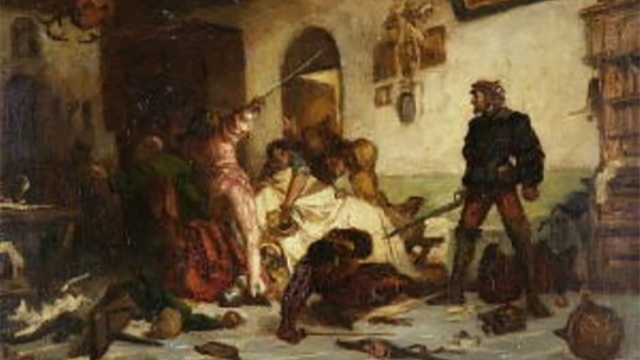 Today is the Feast of Saint Ulrich von Hutten, German knight, humanist, and scholar. According to The Invisible Basilica of Sabazius: “Hutten was a contemporary of Rabelais and Paracelsus, and was a key figure in the German Reformation. He allied himself with Reuchlin, Erasmus, and particularly Luther, in the battle to free Germany from the yoke of Rome. He published Luther’s works and Lorenzo Valla’s refutation of the ‘Donation of Constantine’ as well as his own attacks on the corruption of the Church and its political thralls.”

In honor of Ulrich von Hutten, here’s a recipe from The Traveling Humanist.

Arrange in the bottom of a large, shallow dish, in order:

A large bunch of watercress, the leaves pulled or chopped

1 fennel bulb, cut in half and then each half sliced thinly

2-3 oranges, the peel cut off and the fruit sliced

Cut up bits of the fennel tops, for garnish

Sprinkle on the juice of one large lemon, and about 2-3 tbs nice quality extra virgin olive oil.

Crack on some fresh pepper, and sprinkle with sea salt.

Want to learn more about Hutten?