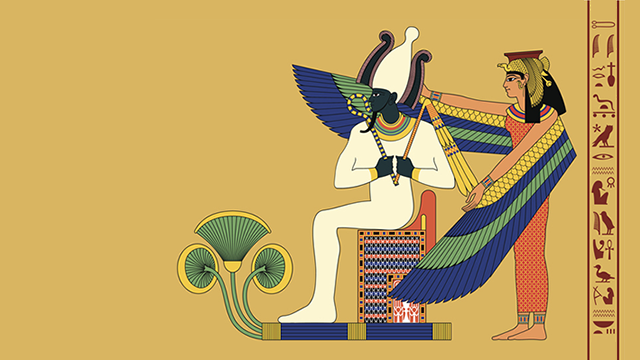 According to the “Liturgical Calendar for Thelemic Gnosticism” by Tau Polyphilus, today is the Feast of Osiris.

Osiris is depicted as a human male with green skin, wearing the Atef Crown, wrapped in mummy’s bandages with his hands protruding, holding a crook against his left shoulder with his left hand and a flail against his right shoulder with his right hand. His sacred animal is the bull, and his sacred color is black (the sacred color of Set, his brother and enemy, is red). The formula of Osiris is IAO. –The Invisible Basilica of Sabazius

The Invisible Basilica of Sabazius further informs, “According to Forlong, the worship of Osiris included the presentation of sacred cakes, called Mest, along with a sacred wine cup.” In honor of Osiris, here is a recipe for Egyptian Corn Cake.

The Invisible Basilica of Sabazius: Osiris.