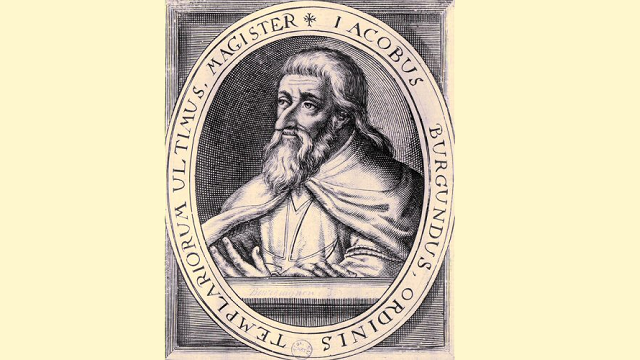 And at the end of the darkness, amid many names which I could not read,

for his name was in letters of fire.

Did not the Order of the Temple prepare the Renaissance by fusing the Mysteries of the East and West?

–Aleister Crowley, The Heart of the Master

Today, March 12, is the Feast of Jacobus Burgundus Molensis the Martyr, a Gnostic Saint more commonly known as Jacques de Molay. He was the 23rd and last Grand Master of the Knights Templar; he led the Order from 20 April 1292 until its dissolution by Pope Clement V in 1307. Little is known of his life outside of the Templars. In fact, even his date of birth is unknown.

For the Feast of Jacobus Burgundus Molensis the Martyr, here is a menu that the Knights Templar might have enjoyed in their prime: