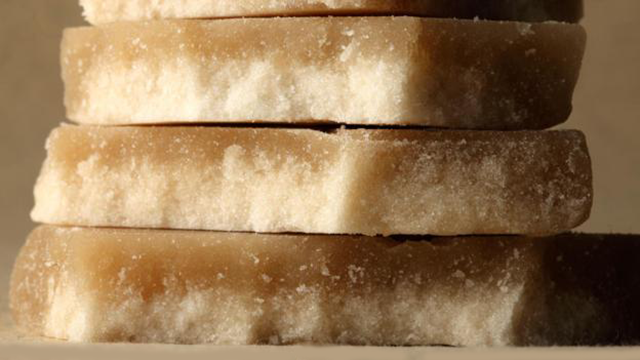 The treat was created by accident in 1869 in the nearby market town of Kendal. Confectioner Joseph Wiper was in the process of making mints. During a bout of inattention, the sugary mixture started to solidify and turn cloudy. The Kendal mint cake – more of a bar than a floury cake, eaten more frequently by hikers looking for a glucose boost than diners in the mood for dessert – was born.

As the ubiquitous climbing snack since 1869, wildly popular among English climbers, it is quite likely that Crowley would have made use of Kendal Mint Cakes. “In 1953, Edmund Hillary and Tenzing Norgay ate it on their attempt to be the first team to ascend Mt Everest,” says BBC. Is this the world’s first energy bar?

Want to try this unique cake? You can make your own, or order them.