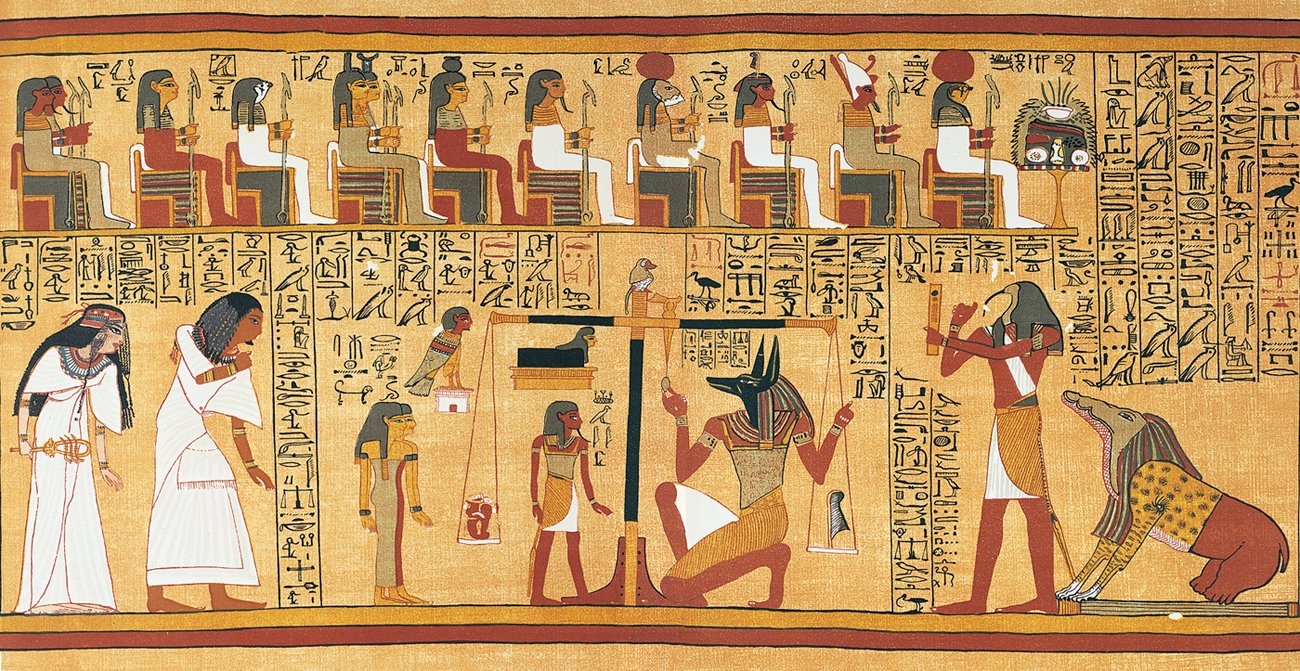 The complete Papyrus of Ani with integrated text and full-color images. The long hot summer has birthed the twentieth anniversary edition of my Egyptian Book of the Dead.

The book was published in 1994 and revised in 1998. The twentieth anniversary edition includes several important new features.

The first is an essay by Egyptological scholar J. Daniel Gunther, who presents an overview of the history of academic research in Egyptian religion and philology during the past two hundred years. The decipherment of the Rosetta Stone in the 1820s began to open the mysteries of ancient Egypt to a world hungry for understanding. Gunther has brought to life some of the trials and passions of scholars who dared journey into a territory that had been wrapped in darkness for millennia.

The second is a critical contribution by Dr. Ogden Goelet, who supervised the original publication; he has compiled an annotated bibliography that replaces and expands upon his twenty-year-old original. It is a state-of-the-art survey of academic sources, especially those created in the past two decades. Dr. Goelet has divided the bibliographical materials into separate categories that include: general studies of Egyptian Afterlife literature; Book of the Dead studies and bibliographies; production techniques of Book of the Dead manuscripts; comprehensive commentaries and translations; suggestions for a program of self-study for the interested amateur; and a selection of online resources. Each section is preceded by a brief introduction that explains its parameters.

The third is a series of improvements to the color images of the Papyrus itself. Some of these were done with reference to the 1979 portfolio of photographs from the British Museum. Other adjustments to the presentation of the scroll were noted during the electronic conversion from its 1993 manual format. All are detailed in a new introduction by James Wasserman, which also includes some observations on the continuing contemporary relevance of ancient Egypt in Western culture. – James Wasserman New paper stock is so good the color just pops off the page. I still have numbered hardcover collector copies (60 only) of the 20th Anniversary Edition for reservation. You can private message me to reserve your number and get payment details. $220 for US shipments, $240 International. [email fraterpuck93@gmail.com with your request and I’ll pass it to Mr. Wasserman] They are moving along pretty nicely so let me know if you want one while available. (Would make a great gift for Winter Solstice, Christmas, or Hanukah.) To those who have ordered, I think early November will find you quite thrilled. I am. The paperback link is still not up on Amazon, as it is announced for February, but I believe it will be available in January. Interior printing is the same for both books (except for title page and copyright page). Chronicle is selling the paperback for $35, currently discounted on Amazon to about $27. Signed paperbacks will also be available from Studio 31 for $35 plus post. What a blessing. – James Wasserman