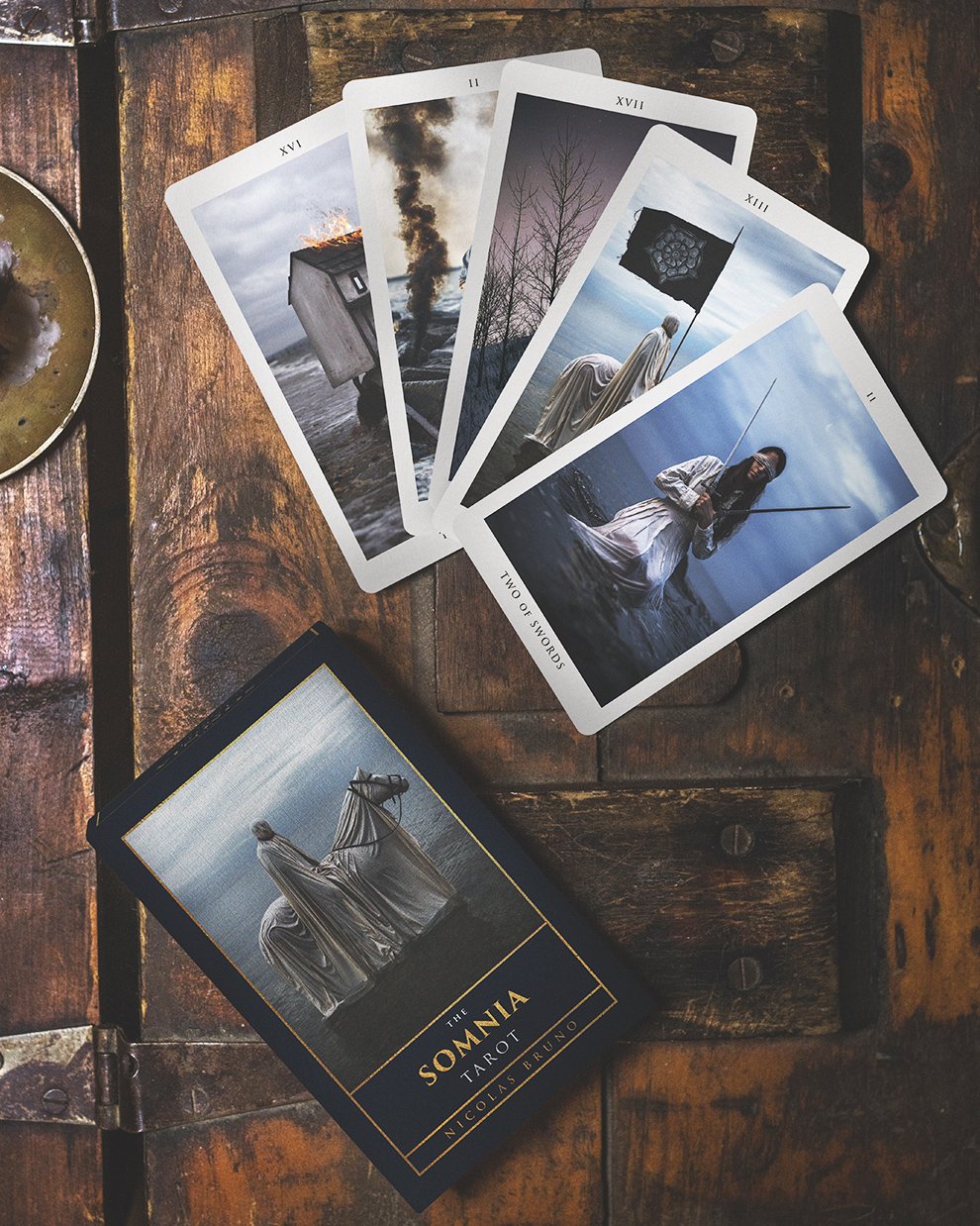 “Explore the world of Tarot through the visions of Nicolas Bruno, an artist who transforms his dreams and nightmares into surreal imagery.

“Each artwork within The Somnia Tarot showcases Bruno’s work within the mediums of photography, sculpture, and costume design. References are made to The Rider–Waite tarot deck along with Jungian archetypes.”

An interview with the artist posted at MyModernMet begins:

“Bruno began his tarot card photography by referring to his portfolio of surreal imagery. His previous work dealt with his experience with sleep paralysis as well as dream journals that have ultimately cultivated a visual language detailing his complicated relationship with a good night’s rest. This conceptual approach to his photographs allowed for an easy transition into recreating the classic Rider Waite tarot deck. “Because my Sleep Paralysis series and the classic tarot deal with the subconscious and conscious mind,” he tells My Modern Met, ‘creating fluid parallels between the two bodies of work was a seamless process.’”