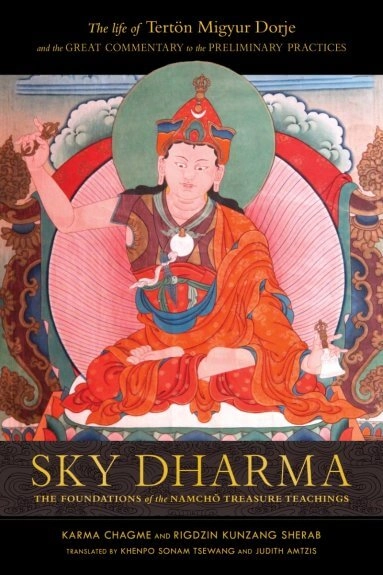 Tertön Migyur Dorje revealed the Namchö treasure teachings while in a three-year retreat that began when he was only thirteen. The Namchö treasures later became the main teachings and practices of the Palyul Nyingma lineage of Vajrayana Buddhism.

This book brings together two texts that have inspired countless practitioners in this lineage. The first text tells the life story of Migyur Dorje. It was composed by Karma Chagme, who first recognized the seven-year-old Migyur Dorje as an exceptional tulku and tertön and prepared him to be a major treasure revealer. In telling this story, Karma Chagme reveals his love and concern for the precocious young boy. He weaves an inspiring and captivating tale of wonder and magic, enlightened deities and threatening demons, prophetic dreams and extraordinary visions.

The second text is the famous commentary on the Namchö preliminary practice by Rigdzin Kunzang Sherab, Migyur Dorje’s main student and the first throne holder of the Palyul lineage. It explains the foundational practice that should be completed before pursuing more advanced tantric practices: the four contemplations that turn the mind to dharma and the fivefold practice of taking refuge, arousing bodhichitta, mandala offering, Vajrasattva purification, and Guru Yoga. 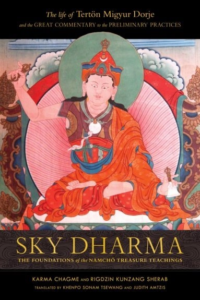