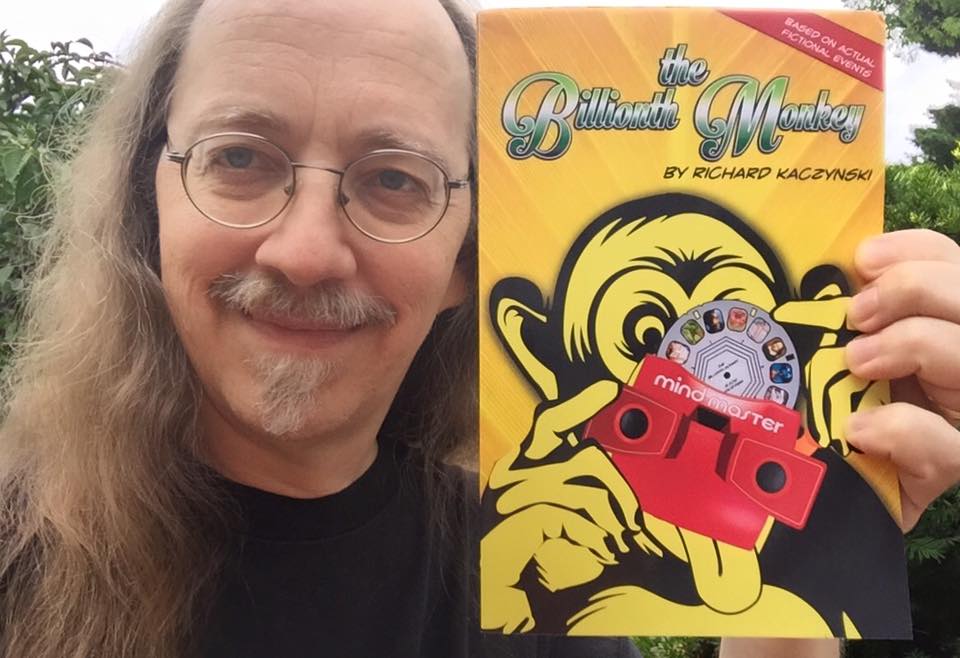 Richard Kaczynski celebrates the release of his hilarious urban fantasy The Billionth Monkey by making a free mini-comic, Hamlet Special Edition, available on the web. This comic celebrates a sub-plot in The Billionth Monkey about a newly-discovered revision of Hamlet which stirs up worldwide consternation among fans of the play. The tongue-in-cheek “preview” depicts the play’s opening scene through the lens of a George Lucas-style special edition.

The free mini-comic can be seen at www.stanleysmarvelouscomics.com/-hamlet-special-edition-preview.

“I grew up on Star Wars and Marvel Comics,” explains author Richard Kaczynski. “With Hamlet Special Edition, I really wanted to pay homage to both those childhood obsessions, especially the Star Wars comic treasury edition. Everyone I knew had it.”

To create this tribute, Richard enlisted the help of legendary comic book artist Greg LaRocque, who not only redesigned the Flash’s costume to its current, iconic version, but also penciled hundreds of comics including Spider-Man, The Avengers, Legion of Super-Heroes, Power Man, Iron Fist, and a five-year run on The Flash. For Hamlet Special Edition, Greg penciled and inked six pages in the classic bronze-age style.  Meanwhile Robert Randle, critically acclaimed for his graphic novel Serial Artist (www.nyjournalofbooks.com/book-review/serial-artist) painted the Hildebrandt-style cover.

If you prefer Hamlet without these changes, then you can join the protesters in the novel by wearing a “Ham Stabbeth First” t-shirt, available at www.cafepress.com/hamstabbethfirst.

Hamlet is a sub-plot of The Billionth Monkey: When urban legends mysteriously start to become real, a gawky junior professor and a goth who shouldn’t exist race desperately through pop culture landmarks and defend themselves against fabled assassins in order to stop a Millennial under-achiever from impossibly destroying the world.

The book humorously examines how popular culture, social media bubbles, and urban legends shape the way we perceive the world. It’s like a meme come true.

Richard Kaczynski is the author of Perdurabo: The Life of Aleister Crowley (2010) www.northatlanticbooks.com/shop/perdurabo-revised-and-expanded-edition/, which the Times Literary Supplement called “the major biography to date” of this seminal figure of modern magick. He has also written Forgotten Templars: The Untold Origins of Ordo Templi Orientis (2010) www.richard-kaczynski.com/index.php/home/books/forgotten-templars-2/ and The Weiser Concise Guide to Aleister Crowley (2009) redwheelweiser.com/detail.html?id=9781578634569, among others.