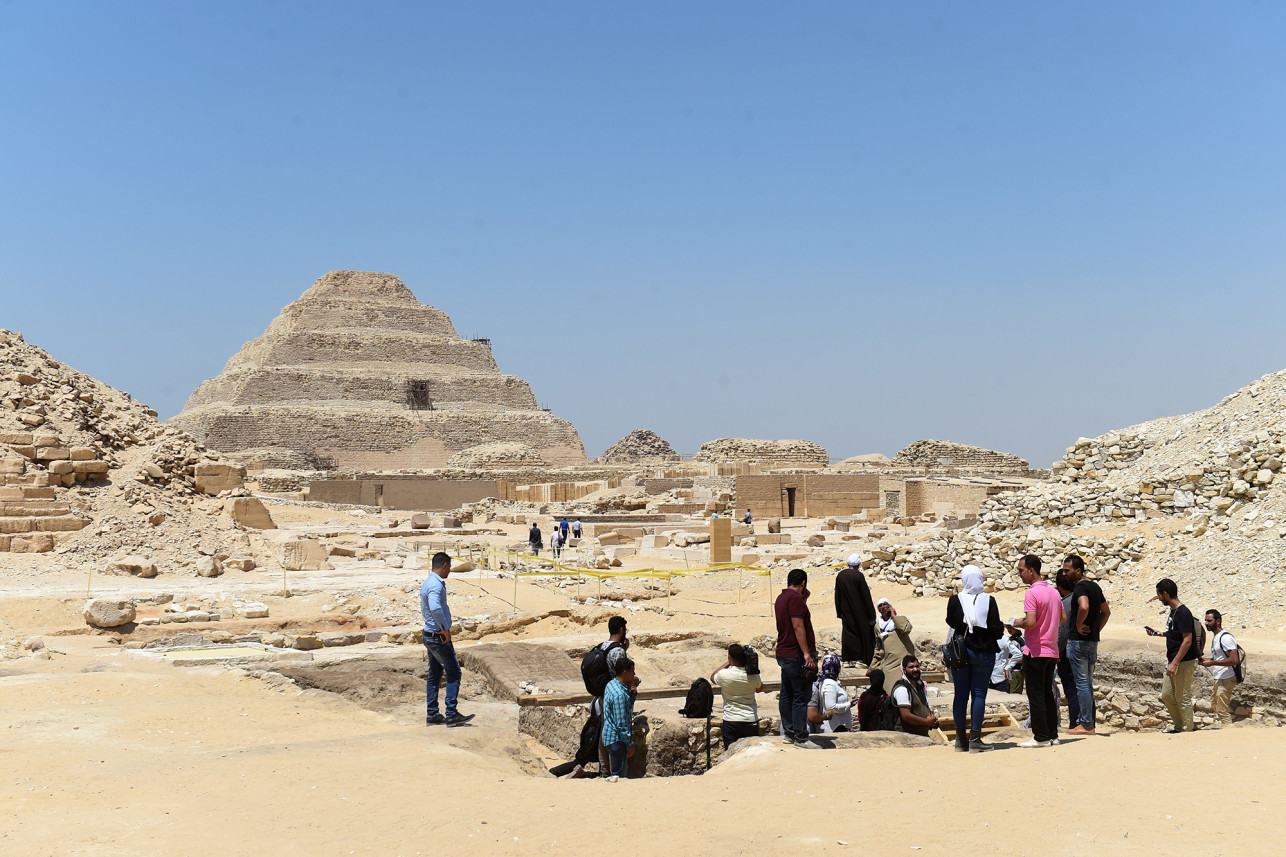 Netflix recently released a new film Secrets of the Saqqara Tomb, a documentary about recent discoveries at Saqqara, site of an ancient necropolis dating to Egypt’s Pharaonic period which boasts the Stepped Pyramid, Red Pyramid and Bent Pyramid – the earliest examples of this style/size of funeral monument. It was also home to the Bubasteion — as revealed in this doc — A temple complex devoted to the Goddesses Bastet and Sekhmet. Aleister Crowley of course interlaced his religious doctrines and mystical practices with references to Egypt, perhaps because Europe was in the throes of Egyptomania – a faddish embrace of the visual style, et al. And indeed these references were reasonable hieroglyphs for concepts that he wished to free from Judeo-Christian traditions (though the latter serve as well as the Egyptian and are in fact more organically connected to the mysteries underlying them – but wud the fug.

I gotta say that in terms of really giving a deep reading of the archaeological materials uncovered — this doc ain’t great shakes. What is genuinely interesting is noting the pride and reverence this all-Egyptian team of archaeologists, forensic experts, hieroglyphic translators and excavation day laborers (some of whose families have been in this business going back a century) have encountering the pre-Islamic religious theory and practices of ancient religions – in contrast to the literal iconoclasm of the Taliban in Afghanistan and other religious extremists. Likewise, the impulse to really empathize with the thoughts, feeling and beliefs of the people who’s remains and artifacts the team encounters is revelatory and quite moving.

In an era where “documentary” filmmaking has been given over to True Crime, WWII and “reality TV” — this was a nice change of pace. Man, I wonder if the History Channel’s 9 part series on Troy that came out in the 90’s is available on DVD? Thanks to the new Deputy PIO for the tip!