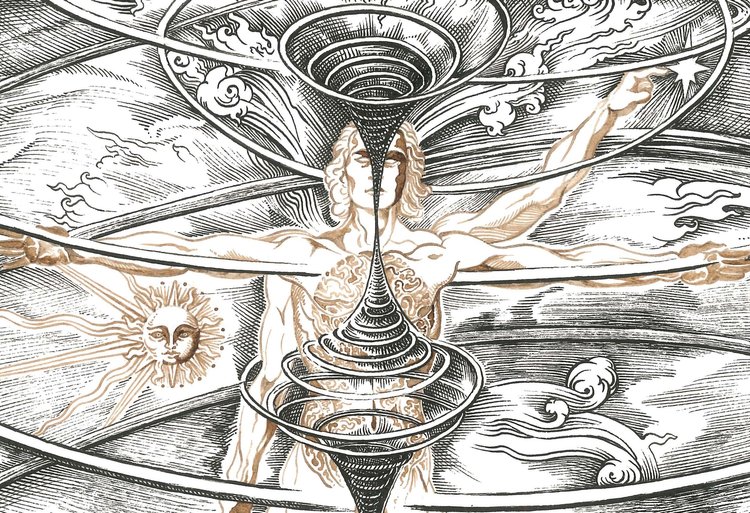 “Holy Heretics is the third and final volume in the Holy Daimon cycle. Blending occult philosophy, magic and mysticism, Frater Acher guides the reader through the centuries with a series of practical exercises and rites which ultimately restore the powerful Olympic spirits to their original magical context.

“Frater Acher identifies certain techniques of mysticism as a prerequisite for the work of magic, as the often missing element in the development of a serious practice. The advanced magical rites Holy Heretics contains are built from the foundations of simple practical exercises. These are provided and carefully explained. When performed, these rites form a luminous chain for the student who wishes to attain to adepthood and the mastery of empty-handed magic.

“Holy Heretics offers a challenge to magicians who have reactively rejected Christianity, and a challenge to Christians who are unaware of the heretical tensions that run throughout Christian mysticism. As Acher writes, ‘I am very aware that searching for such a path among the very people who for centuries tried to usurp and control or deform and kill the Western magical tradition is a big ask. On such an expedition to find the narrow path we’ll soon be crawling through the bones, blood and ashes of our ancestors. And yet, at the same time we’ll also encounter beauty and genuine practice, true grace and deep spiritual power.’ The mystic and magician is always a threat to spiritual orthodoxy, and Acher navigates us through that difficult space. As a guide, he approaches the Christian material fairly, is generous when appropriate, and unapologetic when describing its worst excesses. The work draws extensively from manuscript sources and texts that are not available in English, illuminating a hitherto neglected world. All is done with the aim of extracting the spiritual gold of our own heart prayer, rather than imbibing the poison of orthodoxy.

“In Book I of Holy Heretics we are taken on a mystical tour de force, beginning with the Desert Fathers and the austerities forged in the wilderness. From Pseudo-Dionysius the Areopagite we discover mystical prayer as a method to bypass the cognitive mind, and then enter into the inner stillness of Hesychasm. We stand with Symeon the New Theologian at the edge of the Abyss, and witness the remarkable visions of Hildegard of Bingen. We watch the potential of the mustard seed unfold, and encounter the radical this-worldliness of the Theologia Germanica, a manifesto for the gnostic practitioner that threatens the supremacy of the Catholic Church itself by directing the individual to seek their own illumination.

“In Book II, Frater Acher turns his attention to magic, as an art of symphonic harmonious co-creation. The nature of the magical call is described, and the use of the magical bell introduced with historical examples. Next Acher considers Paracelsus, giving a full English translation of his little known Arcanum arcanorum, a celestial rite to summon both one’s holy daimon and the seven Olympic spirits with such a bell. The rite is expertly deciphered, from its use of alchemical tincture to its astrological timing, by following clues across the Paracelsian and Pseudo-Paracelsian corpus. The work culminates with Frater Acher’s restored version of the Ritual of the Olympic Spirit, opening the gates of the seven spirits and uniting them into one greater Olympic Spirit. The final act thus draws on all the lessons that Holy Heretics has laid out and the flame burning in our hearts.” 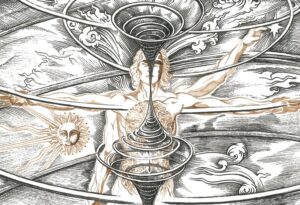