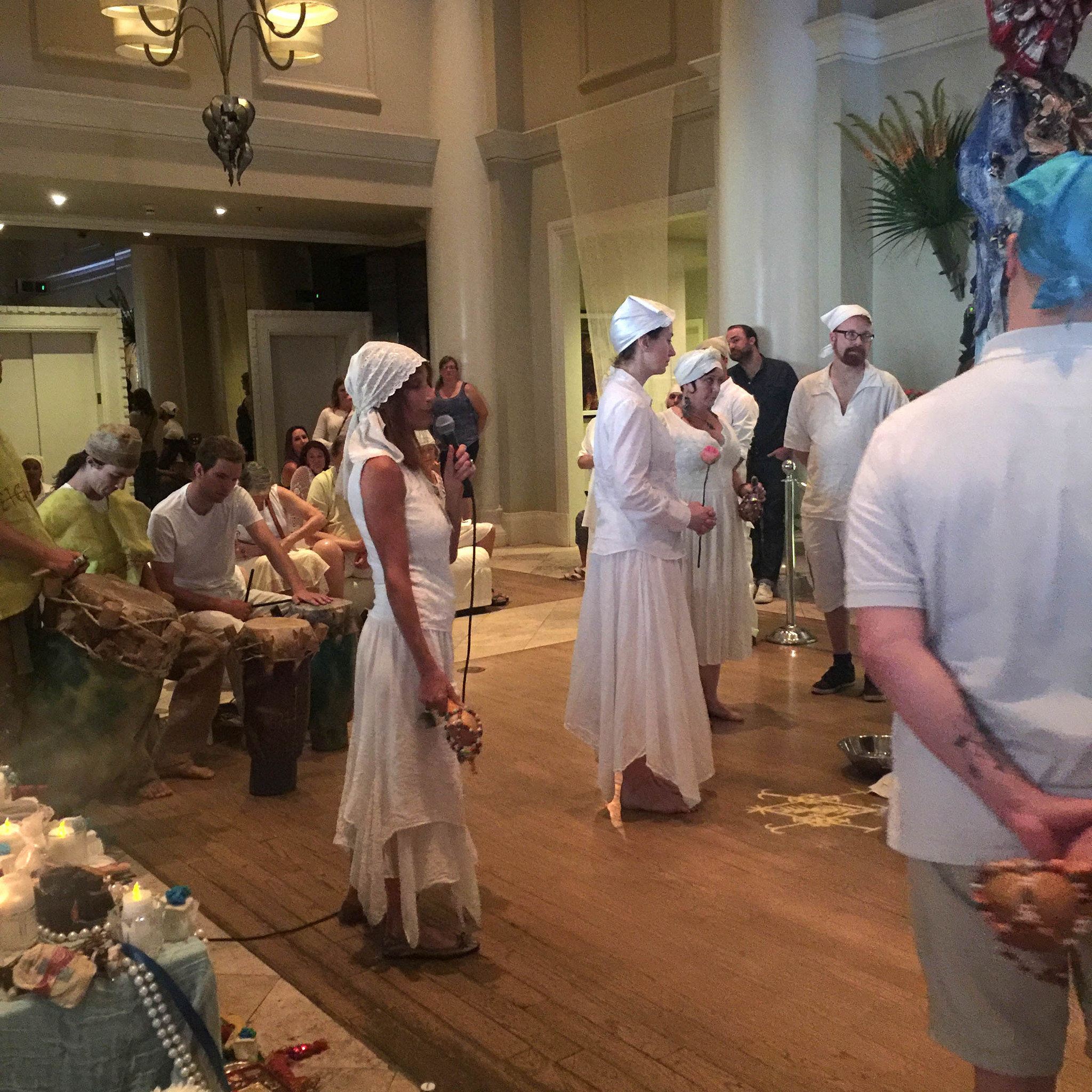 The New Orleans Times Picayune reports that Sallie Ann Glassman was invited to perform a ritual in conjunction with the Summer Equinox to honor Marie Laveau in the Loa bar at the International House on Camp Street. Glassman has been a Vodou practitioner for several decades now and is an officially ordained Mambou. Earlier in her spiritual career she helped create the Enochian Tarot and founded Kali Lodge and was Lon Milo Duquette’s predecessor as Deputy Grand Master of O.T.O. USA.

The offering made in Glassman’s ritual was an “elixir” dubbed  “John’s Way” made by Loa’s own Alan Walter concocted out of several herbal liqueurs made with thyme, honeysuckle, caraway and Spanish moss. John’s Way is available for purchase from International House.

Glassman runs the Island of Salvation botanica and is co-creator and co-chairman of the Board of the New Orleans Healing Center.

We actually stayed at this hotel last week and signage for the ritual at the front desk and were disappointed to see that it was taking two days after we had to head home!