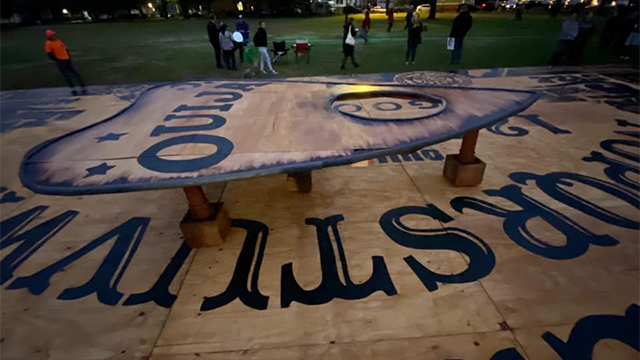 The world’s largest Ouija board, weighing 4.5 tons and measuring 15.5 feet in length, debuted Friday, October 11, 2019 in Salem, Massachusetts, home of Knights Templar Oasis, O.T.O. According to The Boston Globe, “…the fully-functional board was created by New Jersey-based tattoo artist Rick Schreck, who also serves as vice president of the Talking Board Historical Society.”

While the planchet is large enough for Schreck to stand in the customary hole in the middle … people will stand around the planchet to move it. Schreck said he installed foam bumpers along the edge for a more comfortable grip.

At least a few siblings from the Order were there. Stay tuned for their stories!