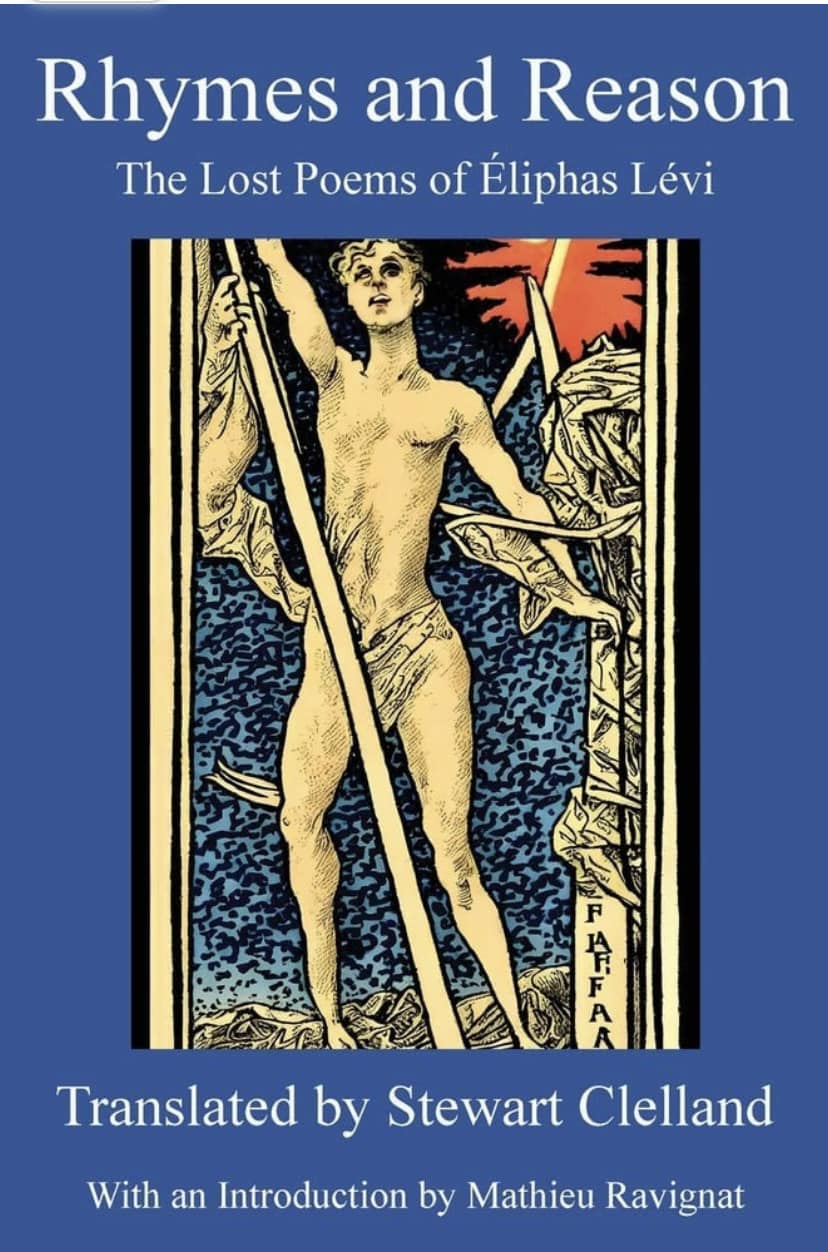 Rhymes and Reason: The Lost Poems of Éliphas Lévi is a newly published book edited by Stewart Clelland. The posted description says:

“The poems of Éliphas Lévi discovered in a book once owned by Papus, and lodged in the Sorbonne Library. The book contains a Foreword by Mathieu Ravignat on the life of and influences on Lévi, and the poems are presented in English and the original French.

“French occultists of the belle époque often began their careers by pursuing literary endeavours, and Alphonse Louis Constant (1810-1875), better known as Éliphas Lévi, was no exception. Born under Napoleon, Lévi’s poetic work embraces an ennui more typical, perhaps, of the fin de siècle. Dead a decade or so before the Decadence, he was, in many ways, a man before his time. His visions of the symbolic and the decadent, whilst rooted in a Romanticism that exalted emotion, nature, and the sublime over the rational and the classical, are tempered by a socialism no doubt gleaned from a life led amid the violence of class struggle and civil unrest. Exploring themes of decay and disgust, theology, sickness, scepticism, perversion, humour, revolt, creativity and the natural world, this little book of Lévi’s is his account of what he saw of the long nineteenth-century.

“Translated from scans of an original document found by the author in the archives of the Sorbonne, the manuscript’s provenance rests with the famed Dr Gérard Encausse (Papus). Dated 1871, the poems, in Lévi’s own hand, give us an insight into the poetic mind of the great Parisian Mage in the last years of his life. Reflective and playful, the poems feature an array of names synonymous with mid-nineteenth-century French intellectual life. It is a collection that will hold as much interest to the literary scholar as it does to the occultist, Martinist or the Mason. A contemporary of Charles Baudelaire’s, we see Lévi here embody the practical magician par excellence of French letters.

“Engaged as equally with Socialism as he is esotericism, Lévi’s satirical critiques are as scathing in their range as they are elegant in composition. These lost poems have now been recovered, translated and published for the first time. We shall, of course, never know what the poet’s own definitive edition might have looked like. The present edition is an attempt, albeit imperfect, to imagine how that might have been achieved.” 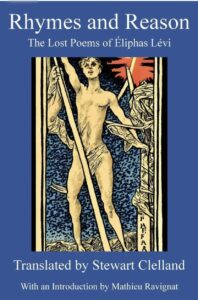