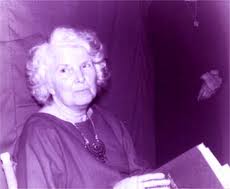 Last Summer, the Supreme Grand Council of U.S. Grand Lodge of Ordo Templi Orientis inducted Sister Phyllis Seckler into the honorary Order of The Eagle, after being nominated by Sister Harper Feist (host of the Thelema, NOW!) podcast. Her nominating essay begins: