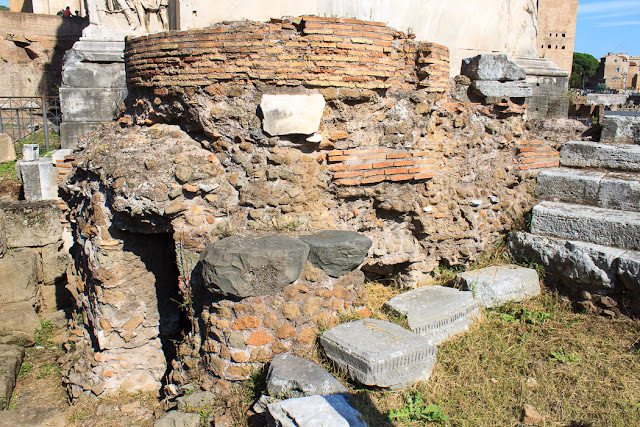 “The Mundus of Rome was a pit. An entrance into the underworld closed off by the Lapis Manalis. Three times a year the Romans would roll back the stone and open the gate of the underworld. The first date was august 25th. The Second was October 5th. The third was November the 8th – todays date. All three dates were known as Mundus Patet – which means ‘The Sky Lies Open.’

“Offerings of food were made into the Mundus, to feed the ancestors and mighty dead, and also to pay homage to Dis Pater, or Pluto – god of the underworld.

“Obviously this is a good day to make offerings to ancestors and so some Necromancy, but we shouldn’t neglect Pluto. Not just because of his role in relation to death, but in relation to wealth. Success happens when drive and wisdom are met with sufficient resources and privilege. You can learn everything there is to know about finances, and strategy, and success, but if you have no resources it’s not going to do you much good. Success mindset is great, but sometimes the problem really is that the world dealt you a shitty hand and you need to turn some cards in for new ones. Pluto can help with that.

“It’s not Jupiter who sits on a hoard of the worlds resources, its Pluto. We literally call them Plutocrats.

“So make an offering to Pluto tonight. Sing his Orphic Hymn. Ask for more resources, or better opportunity, or even just to recognize the resources and opportunity that is in front of you that you have been missing.

“The above lines are from the Orphic Hymn to Pluto, translated by Thomas Taylor in 1792. For better, modern translations done by practicing magicians see works by Sara Mastros and Patrick Dunn. ”