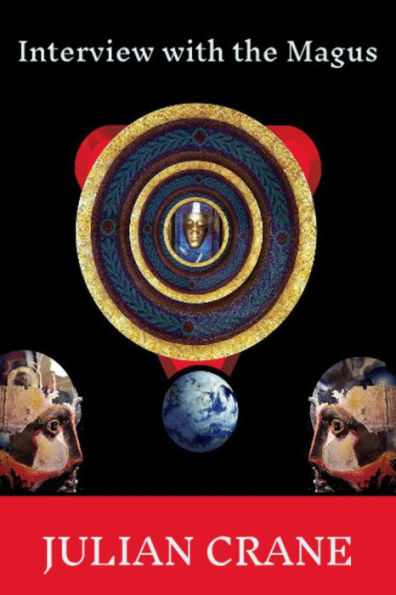 Interview with the Magus is a new ebook by Nathan Dube available now at booksellers like BarnesAndNoble.com. It features interviews with practicing magicians and sorcerers including Jason Miller, Jake Stratton-Kent and many others. The posted description states:

“Prior to the writing of this book Interview with the Magus was a series of interviews I wrote for the now defunct disinfo.com over it’s last two years of existence on the internet. While I had been planning on eventually turning the series into a book, its sudden removal from the web lit a fire under my ass to retrieve the two years of writing I had produced for the website via web.archive.org.

“I was relieved to find that I was able to retrieve about 90% of the content I had written and have subsequently published in the book you are now reading.
The original inspiration for the series was twofold. One, I simply wanted to know the answers to certain questions about magic(k) and what better way to get said answers than to ask those who were actively practicing and or studying magic(k)?

“I have to admit, I really did not think the series would take off because I was unsure that any of the magicians, occultists, esoteric seekers, psychonauts, psychedelic explorers and deep thinkers that I very much admired would give me the time of day… I mean, at the time, I was a nobody in the occult scene. To my great surprise, almost every single one of them were more than happy to give me their time of day!

“I attribute this primarily to the fact that while disinfo had really gone downhill prior to Thad McKraken taking over as manager and editor of the site, the name still had pull and for many magicians, it still resonated as a worthy name of esoteric and paranormal journalism. Considering this in the context of a world where there was not the renaissance that Grant Morrison had famously envisioned at the disinfo.con, apparently the disinfo brand still had something to offer.

“While the reception of the newly reconfigured disinfo generally had mixed results, I was extremely pleased to find that my “Interview with the Magus” series was one of the most popular new dynamics of the ultimately doomed website. I was so grateful for the opportunity to interview legends of the occult community while also bringing lesser known voices of modern esoteric technologies to the forefront of occulture.

“While this book boasts interviews with some of the worlds most renowned living magicians and esoteric practitioners/seekers/scholars such as Mitch Harrowitz, Jason Miller, Jake Stratton-Kent, Ramsey Dukes, Phil Hine, Taylor Ellwood, and a whole plethora of amazing minds and souls, I also point to new shining stars in the occult scene who deserve attention such as Tommie Kelly, Bill Nemo Trumpler, Sara Mastros, Felix Warren, Scarlet Magdalene, Katelan Foisy, Manuel Ignacio Martínez and others who embody the search for spiritual truth and power.”

You may purchase here: https://www.barnesandnoble.com/w/interview-with-the-magus-nathan-dube/1129627589?type=eBook.