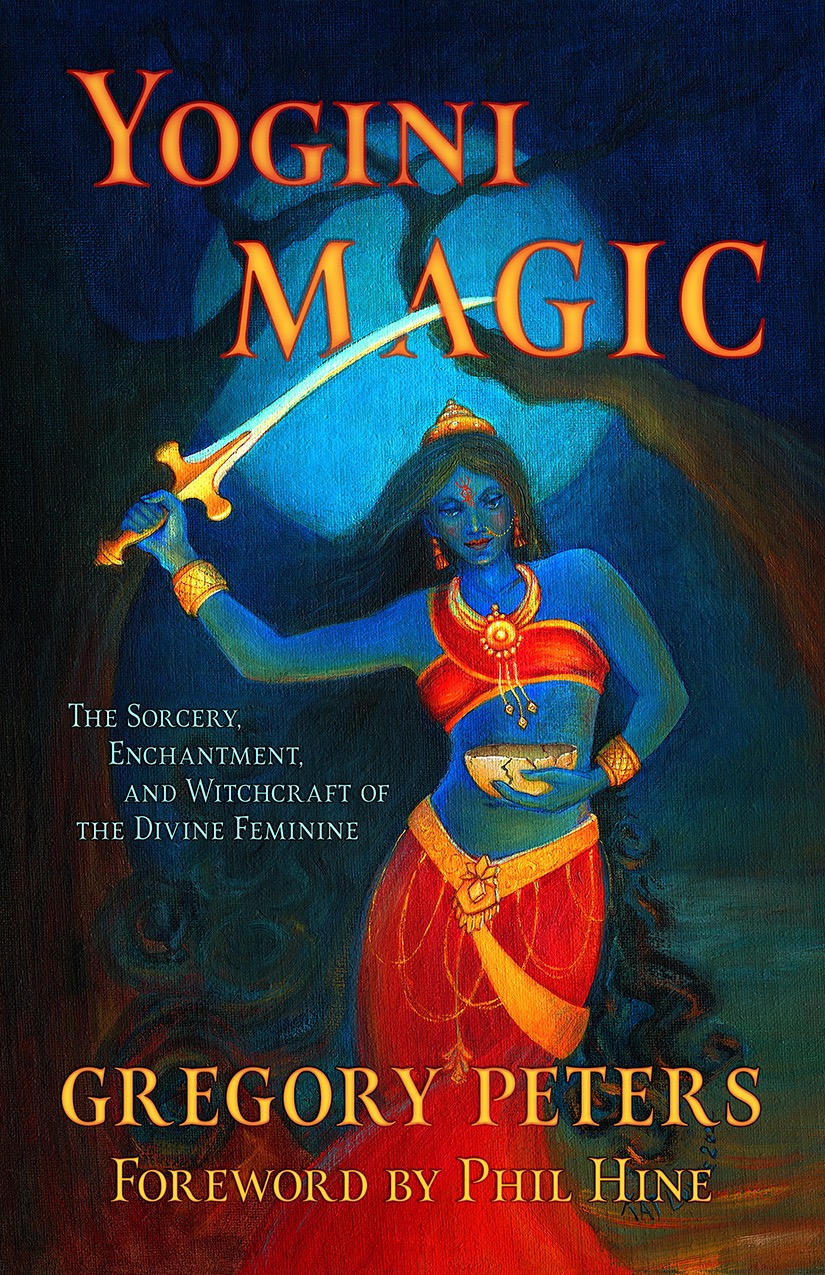 “What are the Yoginis? Some say they are witch-like Tantrik goddesses that reign over magic, sorcery, enchantments and yoga. Are they human? Supernatural? Divine? Their protean quality is certainly in keeping with their powers of shape-shifting, enchantment and illusion.

“For the sincere practitioner, they can provide great boons of wealth and pleasure… But it will not go well for the fool—the Yoginis will tear off his head and drink his blood. Yogini Magic teaches you how to approach the Yoginis and work with them…to your benefit.”

“He is always in a blissful state, conscious of his oneness with Bhairava and Shiva. It is very difficult for anyone to know his true nature. When alone he is like one mad, dumb, or paraIysed and when in the society of men, he sometimes behaves like a good man, sometimes like a wicked one; and on occasions he behaves like a demon. But the Yogi is always pure whatever he may do and by his touch everything becomes pure. […] There is for him no other worship, no vows and the like, as he is conscious that he is always complete in himself.”

Forests, wilderness, mountains. The wind and trees. Lightning, rain and thunder. Coyotes howling, owls hooting. The crunchy sound of the forest from the footsteps of the animals walking through the grass and fallen leaves. The sounds of water running over small rocks and twigs in bubbling brooks and rivers. Nature is magnificent, relentless and humbling. After a cold and dark night in the woods, those first glimpses of the sun rising above the horizon are a welcome sight, and the warmth makes you realize why the Sun and Moon have held such important roles in our lives, and those of our ancestors, for millennia.

The Goddess walks amongst us always. In every activity, in every sight. It is a hunt, a game, a rambling adventure. Our experience of nature is in many ways a reflection of the experience of our inner mind. Being lost in thought, like falling into the relentless current of a river, or being caught up in anxiety like a rip tide just off the shore. Being in the wilderness, in the elements unprepared, will have long-lasting and possibly devastating results; similarly, approaching the spirits of the forests and mountains may bring fortune or disaster.

This book is about finding glimpses of reality when not seated on the meditation cushion. About finding that wild, unbridled and unbound nature that is the truth of self, the core of reality that has no bounds, and from which the entire experience of reality comes—the ever-birthing nature of the universe of which we are all conscious agents.

This is the path of the yogi magician, the tantrika, the tantrik practitioner of modern times, living in the cities and suburbs, moving hidden amidst the dreaming populations. With mind and heart open to the spirits, the voices of the elements are heard and felt even in the clamor of modern cities. This is a path of witchcraft, of sorcery and enchantment, where your awareness opens to the rich and populated world of spirits in the world.

This is my tale of tantrik awareness, the experience of several decades practice with tantra and Western esotericism. This is the experience of our daily life in the continuum of consciousness, the dance of Lalita (“She Who Plays”) as she continuously eludes our direct perception. Yet with persistence and openness, out of the corner of your eye or in the glimpse of another’s, there she will be smiling and laughing, untouched by creation and yet continuously creating our entire reality.

Central to this book are the Yoginis, often depicted as extremely beautiful, voluptuous female spirits, with both human and sometimes non-human heads. These shapeshifting beings are manifold, appearing throughout history and across cultures under many different guises. Many of the Yoginis are associated with the great goddesses of tantrik traditions, and are called by a variety of names and titles (for example, the 15 Nityas of Kali, the Bhairavis that are part of the retinue of Lalita Tripurasundari, or the Kriya Yoginis, also associated with Kali). There are countless classes of these beings in the tantrik texts of both Hindu and Buddhist traditions.

The Yoginis are associated with witchcraft, the vital magic of the crossroads, and the liminal space between worlds. These powerful, mighty beings bring great fortune to those that they favor, be it internal realizations or external worldly treasures. They are formidable, relentless and fiercely feminine in nature. These goddesses are at the very core of shakti (the divine feminine power of the Gods).

As powerful witches and sorceresses, the Yoginis are adepts of magic and non-dual realization. They initiate their chosen into their ancient lineages of sorcery, revealing the mysteries of their magic. They are the revealers of the science of Yoga, and increase the power and ability of human Yoginis. The Yoginis are treasure revealers, showing those that work with them the buried hoards that are hidden in plain sight, in consciousness itself. Through their magic, possession and dreams, the practitioner that approaches the Yoginis has an opportunity for countless benefits in the form of spiritual attainment and magical powers.

While the rewards of having contact with the Yoginis are plentiful, such interactions do come with a price. The responsibilities of entering into a relationship with them is not something to be taken lightly, as to cross a nature goddess or incite their jealousy has serious repercussions. In the same way that hiking into the wilderness without the right gear, some water, and directions can lead to disaster. Nature is wild and unpredictable, despite what the modern world may think about its false notion of “controlling” or “conquering” nature. Similarly, the Yoginis dance freely and wildly in the sky of our consciousness, the vast open skies of the mind. Nature and consciousness are their realms. 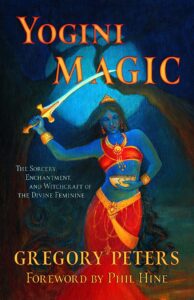