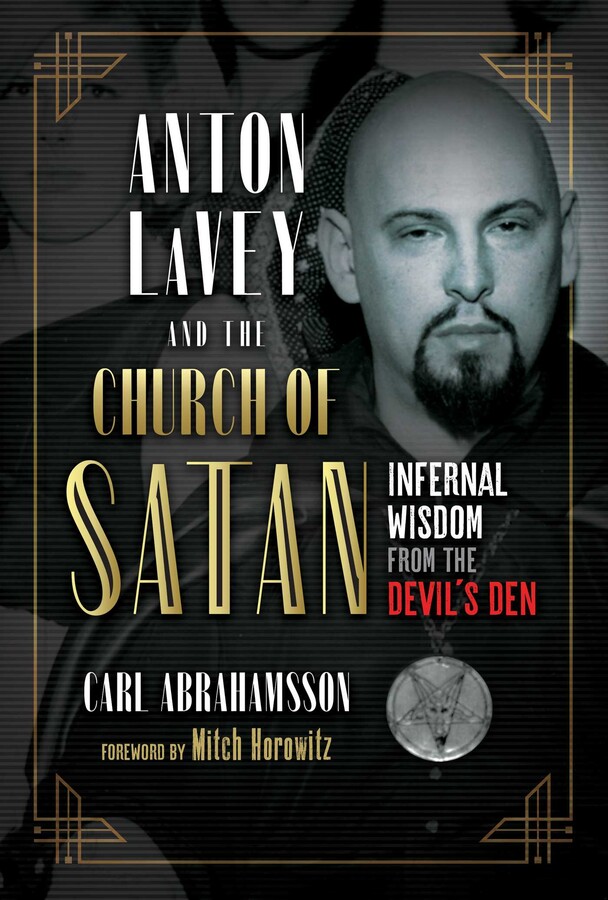 This March 8, Inner Traditions is publishing a new book by noted ocult author Carl Abrahamsson, Anton LaVey and the Church of Satan. The posted description says:

With his creation of the infamous Church of Satan in 1966 and his bestselling book The Satanic Bible in 1969, Anton Szandor LaVey (1930-1997) became a controversial celebrity who basked in the attention and even made a successful career out of it. But who was Anton LaVey behind the public persona that so easily provoked Christians and others intolerant of his views?

One of privileged few who spent time with the “Black Pope” in the last decade of his life, Carl Abrahamsson met Anton LaVey in 1989, sparking an “infernally” empowering friendship. In this book Abrahamsson explores what LaVey was really about, where he came from, and how he shaped the esoteric landscape of the 1960s. The author shares in-depth interviews with the notorious Satanist’s intimate friends and collaborators, including LaVey’s partner Blanche Barton, his son Xerxes LaVey, current heads of the Church of Satan Peter Gilmore and Peggy Nadramia, occult filmmaker Kenneth Anger, LaVey’s personal secretary Margie Bauer, film collector Jack Stevenson, and film historian Jim Morton. Abrahamsson also shares never-before-published material from LaVey himself, including discussions between LaVey and Genesis P-Orridge and transcripts from LaVey’s never-released “Hail Satan!” video.

Providing inside accounts of the Church of Satan and activities at the Black House, this intimate exploration of Anton LaVey reveals his ongoing role in the history of culture and magic.