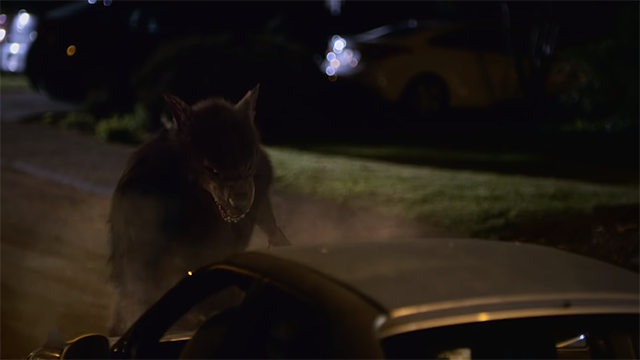 Debuting just last month, a Netflix original horror-drama series The Order combines secret societies, magic, and werewolves. You know, just a typical night at your local Camp, Oasis, or Lodge. If you’re a fan of The Magicians, this might be another show for you. As Karen Rought says in Hypable, “It has that same spark that The Magicians has — it’s crazy, it’s hilarious, it’s poignant, and it’s just plain weird.”

Here’s a quick rundown of the plot: An angsty white teen who looks like Titanic-era Leo-but-not-as-cute-but-still-cute finds himself in two rivaling secret societies at the fictional Belgrave University. One of them is the Hermetic Order of the Blue Rose, aka just The Order, a hierarchical, ancient-seeming group of magic-practitioners who take themselves too seriously and wear badly-made paper mâche masks. The other is the Knights of Saint Christopher. They are werewolves, who protect normal humans from the evil magic doings of The Order and also love to play beer pong. Jack inadvertently finds himself in the middle of it playing double agent for the Knights, because the leader of The Order is trying access dark magic that could end the world. And, of course, Jack is trying to avenge his mother’s death.

On March 28, Netflix announced that a 10-episode second season is on its way!