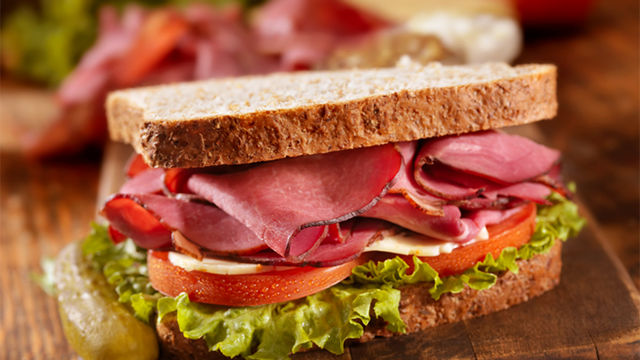 As you may know, legend has it that the sandwich was invented by John Montagu, 4th Earl of Sandwich, because he didn’t want to take time away from the gambling table. Accordingly, when he was hungry, he would ask his servants to bring him slices of meat between two slices of bread.  This habit became so well known to his gambling friends that they soon began to order “the same as Sandwich,” and from this, the sandwich was born.

Wikpedia tells us that “The sober alternative to this account is provided by Sandwich’s biographer N. A. M. Rodger, who suggests that Sandwich’s commitments to the navy, to politics, and to the arts mean that the first sandwich was more likely to have been consumed at his work desk.” Wikipedia further informs us, “The original sandwich was a piece of salt beef between two slices of toasted bread.”

If you want to make your own, Country Living provides 14 of America’s Most Essential Sandwich Recipes.