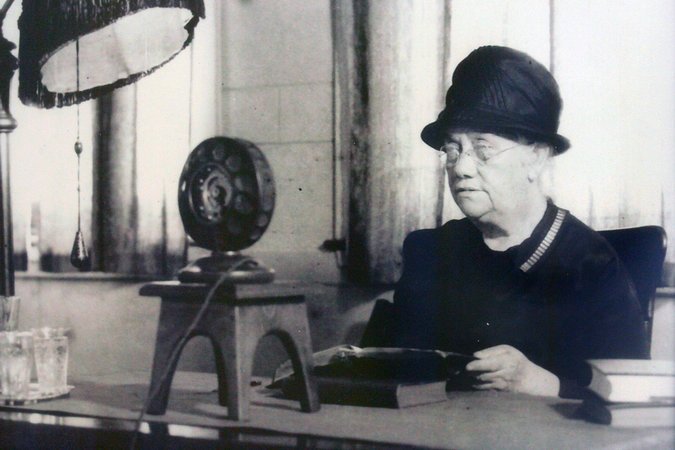 This NY Times article is a rich data dump indeed. It’s a tale that’s inspirational and cautionary at the same time. It tells the story of the Christian “evangelical” sect called Pillar of Fire whose founder Alma White was one of the only women in America leading a sizable religious organization, this at a time before women could vote in this country. White became the first female bishop in the U.S. in 1918 (though one supposes she bestowed this title on herself — or her congregation did so at her bidding — wuddev!) She described her church’s principles as “emancipation for women and ultra-fundamentalist doctrine.” About 20 years into her ministry, Miss White embraced the… Ku Klux Klan and began preaching that G*d had intended the United States for possession by white Protestants and that it should be kept safe from “Catholics, Jews, blacks and others…” (so when you rail against these groups DO keep in mind exactly who you’re aligning yourself with).

At it’s height, the Pillar of Fire came to own and name the land its headquarters were located upon — Zarephath, NJ —  published six different magazines, owned and operated a radio station, a power plant, college, fire station and established mission churches on several continents. An impressive achievement considering that it’s female leader came from a poor family in Kentucky!

In modern times, Pillar of Fire had declined to a handful of believers and was primarily active via its mission churches (kinda like OTO/EGC during the latter part of its second OHO’s life!) but its leaders turned it around by adopting the megachurch model. In 2016, weekend attendance at the recently opened $12 million flagship church in Zarephath was tallied at 1400 (not bad considering the combined membership in US Grand Lodge of OTO).

Not surprisingly, Pillar of Fire does not broadcast the sadder facts of its early history and  practices some deft verbal subterfuge when questioned about it. Also, it’s surrendered most of its identity in pursuit of numbers: