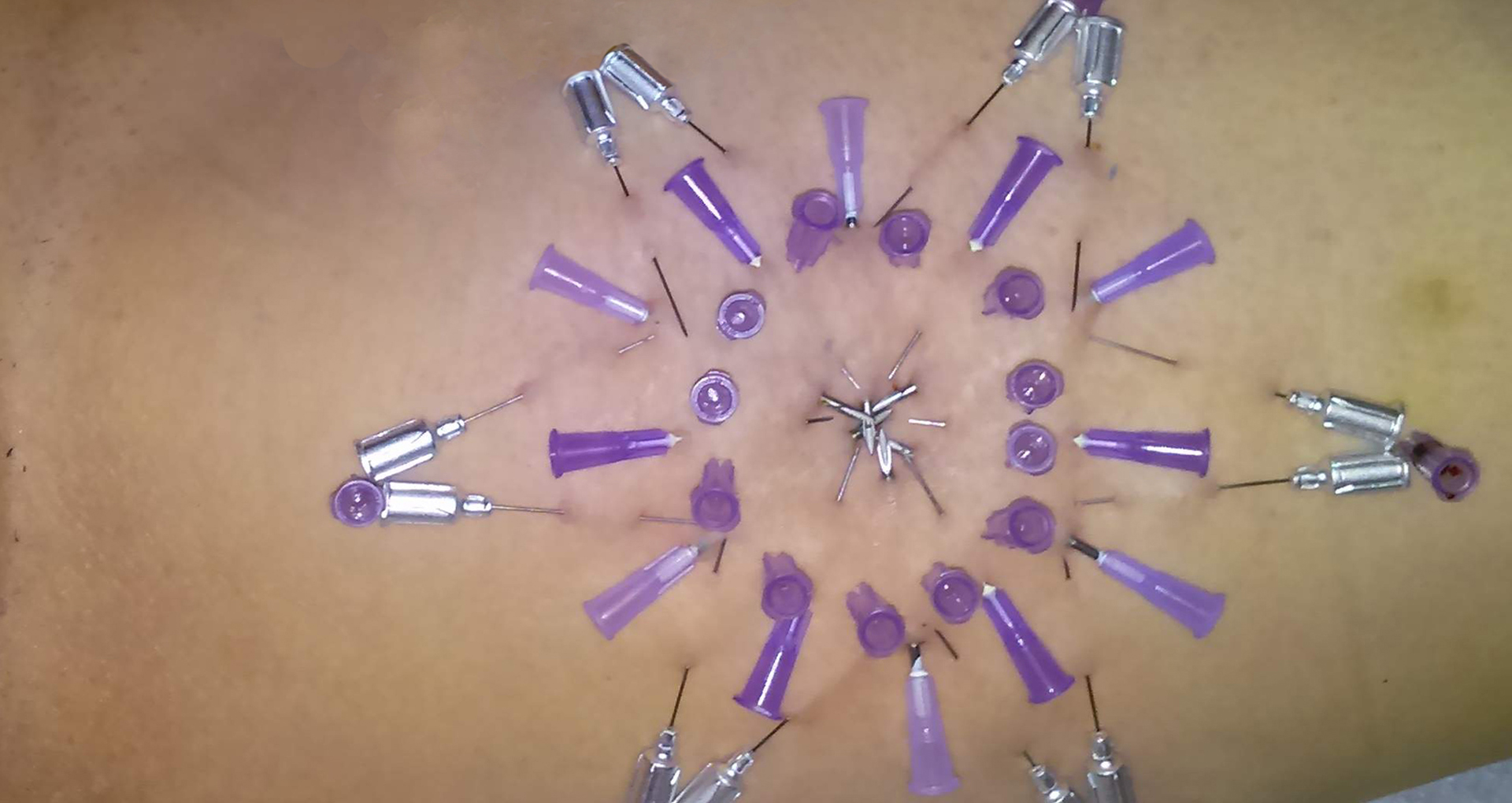 National Piercing Day, which is observed each year on May 16, was created simply to promote piercing, generally of the earlobe.  Stores, shops, boutiques and salons across the country offer piercing specials and other promotions on National Piercing Day.

Since ancient times, body piercings have been used for artistic expression, medical treatment and religious ceremony. In kink circles, temporary or “play” piercings can also be done for pleasure. Needles can also be arranged in aesthetically pleasing patterns; an example is shown in the photograph above, courtesy of of Video Mastery and Power Exchange.

According to The Pervert’s Library:

While piercing does cause pain, many people enjoy the burst of endorphins immediately afterwards. As How Stuff Works: Science informs us, endorphins are “…your own private narcotic. Endorphins are neurotransmitters, chemicals that pass along signals from one neuron to the next. Neurotransmitters play a key role in the function of the central nervous system and can either prompt or suppress the further signaling of nearby neurons.”