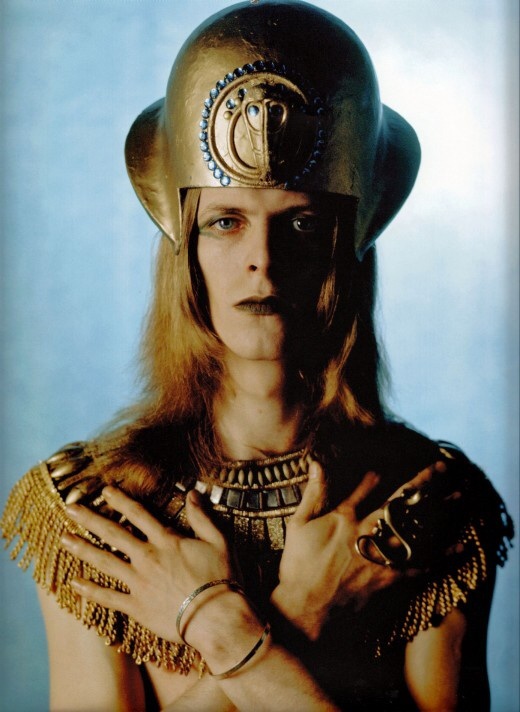 Did the occult really save rock & roll? Did Elvis learn hip-shakin’ in church? Did video kill the radio star?

This epic cultural and historical odyssey unearths the full influence of occult traditions on rock and roll—from the Beatles to Black Sabbath—and shows how the marriage between mysticism and music changed our world.

From the hoodoo-inspired sounds of Elvis Presley to the Eastern odysseys of George Harrison, from the dark dalliances of Led Zeppelin to the Masonic imagery of today’s hip-hop scene, the occult has long breathed life into rock and hip-hop—and, indeed, esoteric and supernatural traditions are a key ingredient behind the emergence and development of rock and roll.

With vivid storytelling and laser-sharp analysis, writer and critic Peter Bebergal illuminates this web of influences to produce the definitive work on how the occult shaped—and saved—popular music.

If you are like me, part or the fun of buying music back in the day of LPs was the cover art. Talismanic, they were gateways into the musical world of the artist. With the music inside, they were portals most fantastic to other planes. When the music and artwork had the hint of the Occult, all the better!

Whether it was David Bowie tracing out the Tree of Life, Aleister Crowley on the cover of Sgt Pepper’s Lonely Hearts Club Band, or DO WHAT THOU WILT etched on the vinyl runout of Led Zeppelin 3, I was hooked on trying to decipher the arcane hints I imagined were there for the most diligent of detectives. In SEASON OF THE WITCH: How the Occult Saved Rock and Roll, Peter Bebergal shares the journey he has been on since he stumbled upon his older brother’s albums at the age of 11: Uncovering the Mysteries hidden within!

The Occult influences originating from myriad sources are explored and their impact on the work of many of the most important artists is intelligently and seriously explored.

I spoke with Peter recently about his book


In New York City this weekend?
It’s the SEASON OF THE WITCH and we’re celebrating all things witchy! The House of Screwball presents TWO EVENTS: a lecture with the author of “Season of the Witch: How the Occult Saved Rock and Roll” at Catland and a performance art variety show and dance party at Secret Project Robot.

A talk with Peter Bebergal, author of the new book
Season of the Witch: How the Occult Saved Rock ‘n’ Roll.
Saturday October 25th from 2-4pm at Catland,
987 Flushing Ave. $7-13 and $7 reduced admission to the afterparty.Books available for purchase and signing.
followed by