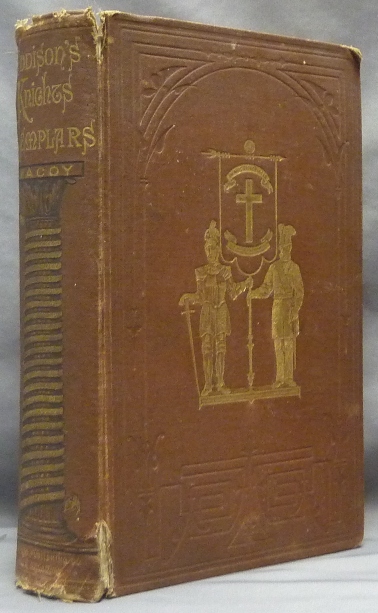 Memoirs of Religious Imposters…. from the seventh to the nineteenth century, to which is added an introductory essay on the difference between the true spirit of prophecy, and the wild effusions propagated too often to impose and embarrass the susceptive passions of the human mind.

London: Jones and Co, 1822. Second Edition. Hardcover. Octavo. Eccentrically paginated. 12pp +132pp + ii, 54pp + ii, 82pp + 32pp + 28pp. Original brown boards. The volume appears to be an omnibus comprising a number of separately published booklets on various religious enthusiasts. Two of the works: “The Life of James Nayler, a Fanatic Enthusiast, who Profanely and Blasphemously Personated Jesus Christ …” by D. Hughson (S. A. Oddy, London, 1814) and “A Copious Account of the French and English Prophets who Infested London during 1707, and the Following Years …” by D. Hughson (S. A. Oddy, London, 1814) have their original separate title-pages. Other notable figures studied are: Joanna Southcott, Wm. Huntingdon, Eliz. Barton, Wm. Hackett, Edmund Coppinger, Henry Arthington, Hugh Peters, Lights of Walton, Lodowick Muggleton, Richard Brothers, Joan of Arc and Mahomet. From the collection of Dr. M. H. Coleman, though not marked as such. Original boards are very well worn with some minor loss at corners and abrasions to boards, original spine mostly lost with some more recent crude repair and penned titling, browning to page edges, pages a little toned but fresh and unmarked with only very minor scattered browning and foxing. Overall, a solid and internally clean Good+ copy of a title that is scarce in any early edition. Item #61501