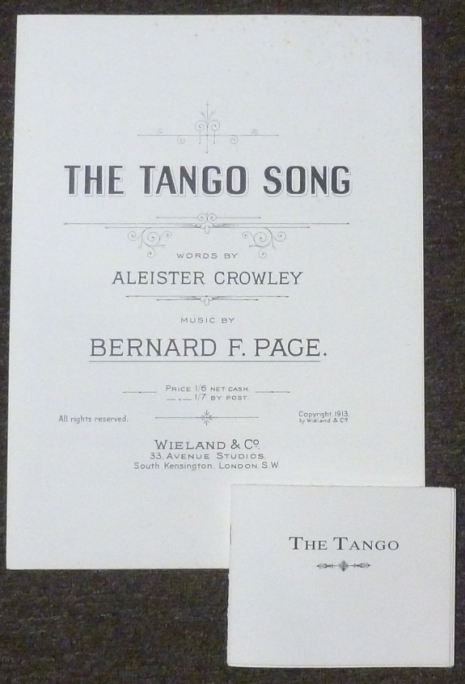 A few years ago we posted regarding the release of a 10 CD boxed set anthology of the work of electro-pop bad boy, Marc Almond aka “Othon” called Trials of Eyeliner: Anthology 1979-2016. The  recording originally appeared on the Digital Angel issued under the name “Othon.” Our interest lie in Almond’s rendering of a song authored by the Prophet of the Lovely Star and one Bernard Page in 1913. At the time we posted a video link to a live rendering, but our beloved OHO just sent a link to the studio version; and Arild tipped us as to the album the song initially appeared on for those who wish to purchase physical media but not 10 CDs worth. The song is an adaptation of Crowley’s poem “The Tango” which was first published in Equinox Vol I:9 as part of a short play co-written by Aleister and his then paramour, Mary D’Este. You can listen here: https://www.youtube.com/watch?v=sC-F2adKzgI