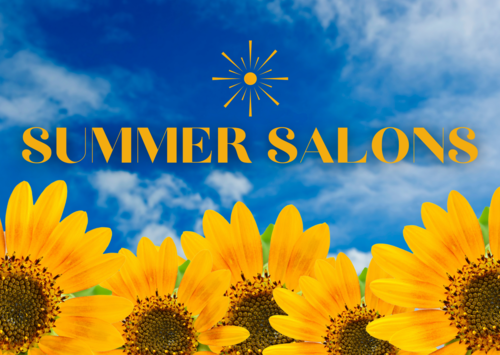 The Magickal Women Conference is in full swing online. Their site states:

“Our Summer Salons return in 2021, running on Sunday evenings from 7:00-9:00pm BST from 1 August through 26 September. These mini-events were a great success last year and the format of two speakers each weekend worked so well we decided to do it again. Tickets are £10.00 for each Salon, or you can buy them all in one fell swoop with our Summer Salon Combo for £75.00. We’re looking forward to spending another summer with you! See the speaker line-up here. Online via Zoom.”

The next Salon is:

SHE OF THE SEA – FILM AS RITUAL-MAGIC WITH LILA MOORE

A young woman is lying on a rock surrounded by the receding tide. The moon above her dissolves in the brightening sky of a new day. She awakes to the ageless calling of She of the Sea, and steps onto the shore where her initiatory journey unfolds in the eternal present of ritual-magic. She of the Sea, guides me to capture her on film. Despite the ritual’s ordeal, I agree, and pay my dues to Binah, the bitter sea of feminine wisdom. Now, I share the film’s imaginal realm with you, unveiling Isis, speaking the unspeakable. Dion Fortune’s Sea Priestess guided the making of my practice-based PhD film. In this richly illustrative talk, I share with you the experience of making a film as ritual-magic. You are invited to reflect on the transformative and manifesting powers of magical film images that linger, and can be summoned, for many years. Images that are called to the surface of our awareness from the depths of the Twilight Sea of Destiny. Entitled Gaia – Mysterious Rhythms, the film alludes to the ebb and flow of the moon and earth tides, and to the secrets and dynamic will of the Eternal Woman. Moreover, I discuss the relationship between ritual-magic and innovation in the arts with a special dedication to Isis as the primal Goddess of magic and healing on film and screen.

Dr Lila Moore is the founder of The Cybernetic Futures Institute, an independent academy for the exploration of technoetic arts with an emphasis on the spiritual-mystical and occult in art, film, screen-dance and networked-digital-interactive forms of performance and narrative. She is an artist film-maker, screen choreographer, technoetic ritualist and visionary theorist. Dr Moore holds a practice-based Ph.D degree in Dance on Screen from Middlesex University (2001) and an MA in Independent Film from Central Saint Martins College of Art & Design. She is a lecturer and thesis supervisor at the Alef Trust, LJMU, and other academic programmes, teaching on the intersection of art, film, mixed reality and the spiritual and occult. She is a published academic author who regularly presents papers in international conferences, and her artworks and films have been shown in juried and curated exhibitions as well as displayed in archives and collections of contemporary art and film such as: SIGGRAPH, Contemporary Arts Media- Art Films, and ADA-Archive of Digital Art. Lila Moore’s essay: Magic(k)al Visions of the Ultra-Modern Woman: Reconsidering the Feminine Aesthetics of Moina Mathers and Maya Deren was published in Making Magic Happen, Selected Essays from the Inaugural Magickal Women Conference 2019, published by Magickal Women & Company Publications, London.

Looking at lessons learned through a life lived according to a magickal praxis, Charlotte Rodgers will detail how creatively interpreting modernity can impact upon practice and affect and effect change and insight.

Charlotte Rodgers is an artist and author who is also an animist and nondenominational practising witch and magickian. She conceived and co-edited A Contemporary Western Book of the Dead and wrote The Bloody Sacrifice, P is for Prostitution and The Sky is A Gateway Not A Ceiling.  Charlotte has had her work published in magazines which include The Cauldron, The Oracle and SilkMilk, and in anthologies published by Avalonia, Scarlet Imprint, and Black Moon Publishing. She has spoken at Edinburgh, York and Leicester Universities; The Museum of Morbid Anatomy in New York; ‘Psychoanalysis Art and The Occult’ in London and Merano, Italy; The Magickal Women Conference 2019, and many other events and conferences. In 2017 she was awarded an a-n arts Council grant to spend ten days investigating and blogging about the New York art world and her own art has been exhibited widely including at the Pallant House Outsider Art Exhibition, The Living Gallery Outpost in New York, as well as pieces being on permanent display at The Museum of Naive and Marginal Art in Serbia. She has created headpieces for fashion photographer Marc Aitken’s photographic homage to Dion Fortune’s The Sea Priestess and is presently collaborating with him on a filmic exhibition for CRASSH, Cambridge Magic and Ecology symposium. Examples of her art can be seen on her website www.perdurabu.com.