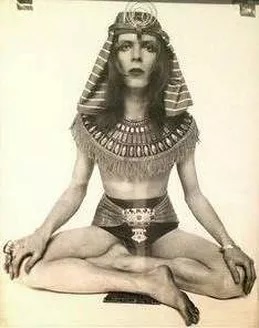 MagicalEgypt.com is getting ready to roll out Season 3 of it’s online lecture series. The site states:

“The Talmud states: Ten measures of Magic (keshafim) were given to the world; Egypt received nine while the rest of the world received one.”

“Magic was the operative aspect of Ancient Egypt.

“Understanding Magic is intrinsic to understanding Ancient Egypt. Yet, Magic is noticeably absent from the orthodox interpretation. Is it because Magic is unthinkable to the modern materialist mindset?

“As we will see, this central issue’s omission leaves us with a dataset that makes no sense and in no way corresponds to the observable reality of history. Its inclusion, however, snaps Ancient Egypt and the ancient world into focus so decisively that it leaves little to question.

“In Season 3, we take an unapologetic and unwavering look into the eyes of Heka. Through the insights of the leading thinkers, researchers and practitioners, we reframe the singular activity of the ancient world – a grand expression of a living Magic that lives in the relationship between individual consciousness and the conscious fabric of reality.

“Season 3 is for the intrepid soul willing to ignore those who would have us believe that there is no Magic, and who is ready to embrace the idea that no matter how advanced the technology, it does not do what Magic does.

“Get ready to step into a timeless succession that has included the greatest minds and brightest lights in human history. Season 3 is coming soon!”