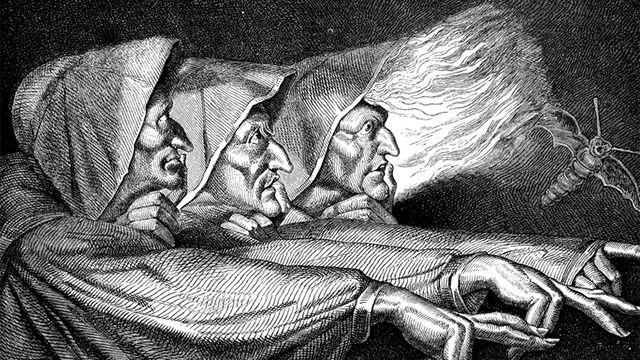 “By the pricking of my thumbs, Something wicked this way comes.”

In honor of the famous King, we bring you recipes for fowl with red pepper sauce, Lady Macbeth’s curse, porter rhubarb, egg Macbeth, and witches’ brew: Fowl Is Fair.

Man has the right to eat as he will.