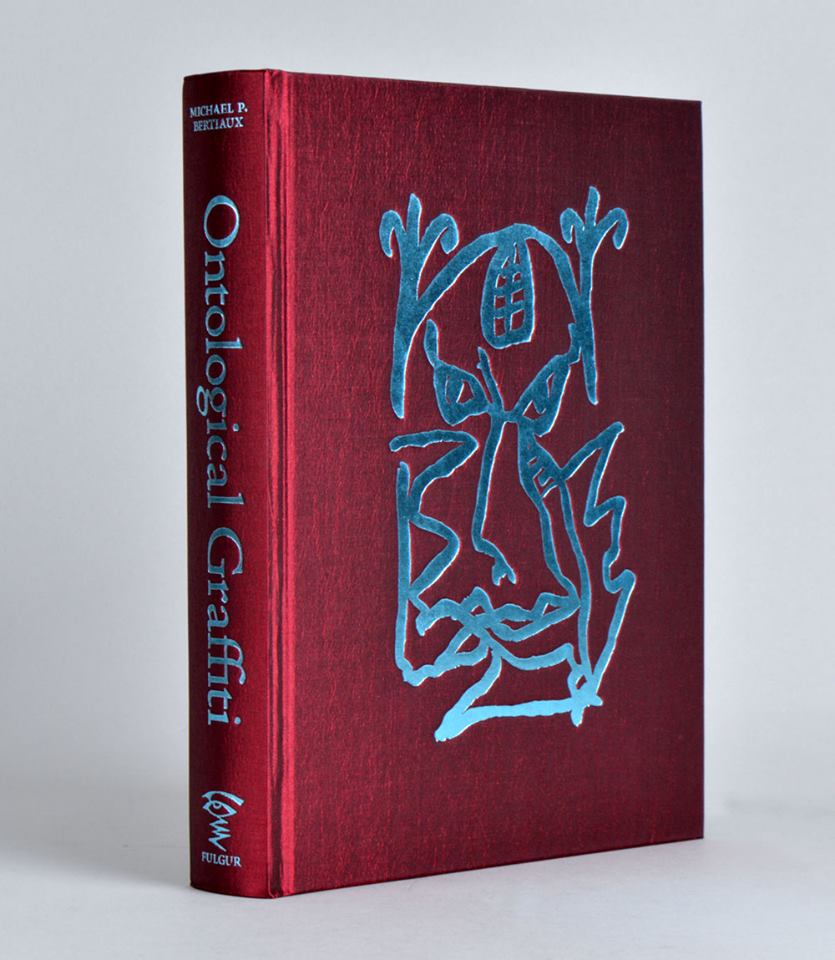 December 3 saw the launch party for the publication by Fulgur Esoterica of ‘Ontological Graffiti’ by Michael Bertiaux, at Treadwells Bookshop in London.

Caroline Wise posted this about Ontological Graffiti on FB:

“This huge book, with the usual beautiful production standards from Fulgur, is a book of art and magic. To many occultists, there is no dividing line between the two. One of those who thought this was artist Olivia Robertson, who loved Michael’s work. He was an early member of the Fellowship of Isis that she co-founded, and by serendipity, Olivia and I met Michael, (who I published in the Skoob Occult Review in 1990), in Chicago in 1993. It was great to listen to them chatting, surrounded by his art and magic. He has dedicated this great work to her.”

Fulgur Limited posted that 70 copies were sold at the event. You can order the book here: https://fulgur.co.uk/books/michael-bertiaux/ontological-graffiti/

Fulgur’s site says of the publication:

“Ontological Graffiti is Michael Bertiaux’s magnum opus. More than 40 years in development and a decade in production, this work now stands at over 470 pages and is without doubt his most substantial and important book yet.

“Ontological Graffiti provides for us a vibrant vudutronic, spiritualist, art-grimoire. It presents the strange narrative of certain magical work conducted at the infamous ‘Hyde Park Lodge’ in Chicago during the period 1965-1975. The lodge was a ‘ritual collective of occult initiates’ who would meet monthly under the directorship of Dr. Hector-Francois Jean Main.

“Ontological Graffiti contains the séances, lecture notes and descriptive texts for this intense period. This material accompanies the series of large acrylic magical paintings produced by Bertiaux, who was assigned to capture through his art the messages and images of various ‘transcendental consciousnesses’ which manifested during the course of their workings. The Lodge later discovered that rituals conducted using these paintings deepened the connection with the spirits, Loa, and ‘Other Minds’. In addition, the book also offers the reader countless drawings, collages and ‘passeports for contacting and travelling within the spirit realms.’

Everywhere in the Gnostic Continuum, ‘mind’ is active. The Hyde Park Lodge was able to tap into extra-dimensional, transcendental mind-forms, and develop methods to understand and make use of inner-plane communications. Ontological Graffiti details the work which allowed this ability, and serves as a magical record of a group of seekers discovering Gnostic and Vudu pathways and making use of the tremendous energy and knowledge gained from traveling them.