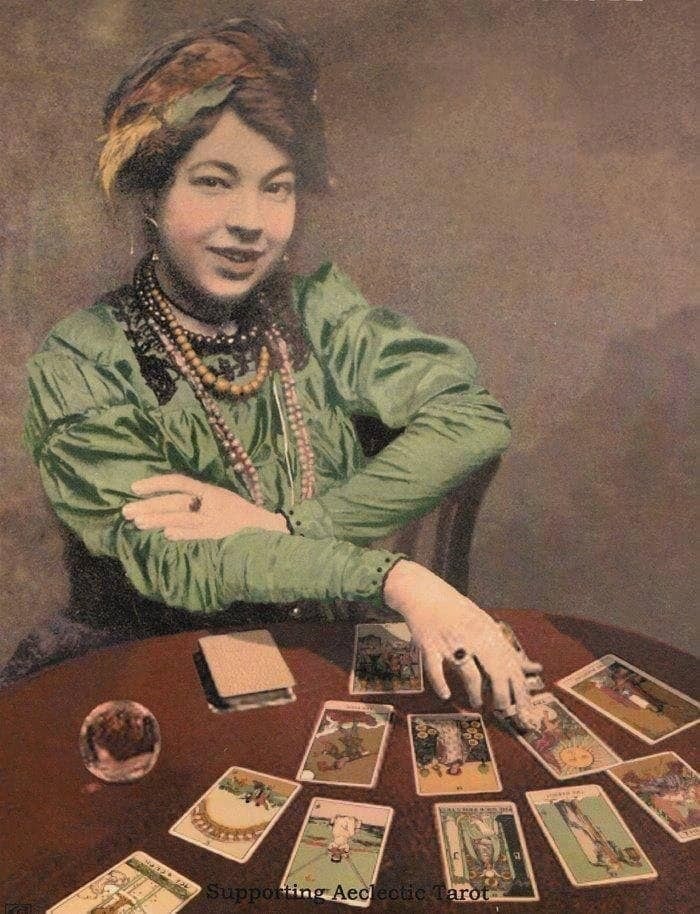 She was a member of the Order of the Golden Dawn magical motto ‘Quod Tibi id Aliis’ (lat. ‘What you have, others will have’). In 1903 she moved to Arthur Waite’s ‘Independent and Rectified Rite of the Golden Dawn’. For all the time in the Order (until 1909), she did not rise above the Degree of the Zelator (1 ° = 10 °).
In her work on the Rider-Waite deck, Pamela used the Waite descriptions for the Major Arcana, and worked on the images of the Minor Arcana on her own.
Unfortunately, the paintings that created the deck, subsequently disappeared without a trace. The Rider-Waite deck is currently the most popular of the traditional Tarot decks, many modern tarot lovers imitate the compositions depicted by Pamela Coleman-Smith. This Tarot displays the English system of tarot correspondences with Hebrew letters, but also, if desired, it can be applied to the French system.
Coleman-Smith had an active civil position, painted posters for the feminist movement, and during the First World War – for the Red Cross, made toys for charity sales.
In 1911, Pamela Coleman-Smith plunged into Catholicism. After the war, she moved to Cornwall, where she made a rest home for the priests with a chapel. She died in 1951, leaving behind a lot of debt. 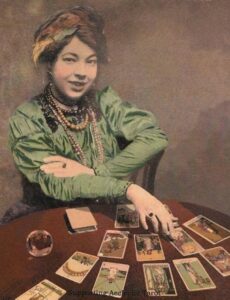