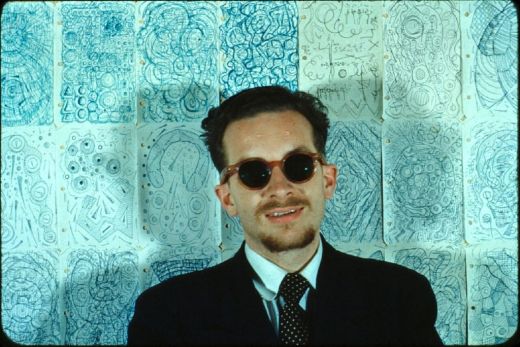 Stories surrounding Harry Smith (1923–1991) are the stuff of legend. He was a painter, filmmaker, anthropologist, ethno-musicologist, archivist, and alchemist ordained a Bishop in the Ecclesia Gnostica Catholica once helmed by occult “magus” Aleister Crowley. He was also a slight, disheveled, cantankerous genius with poor eyesight and a relationship with ceremonial magick, painting, avant garde filmmaking, alcohol, marijuana, speed, and esoteric books.

THE MIAMI RAIL article: “I’M HARRY SMITH, AND I HATE YOU”