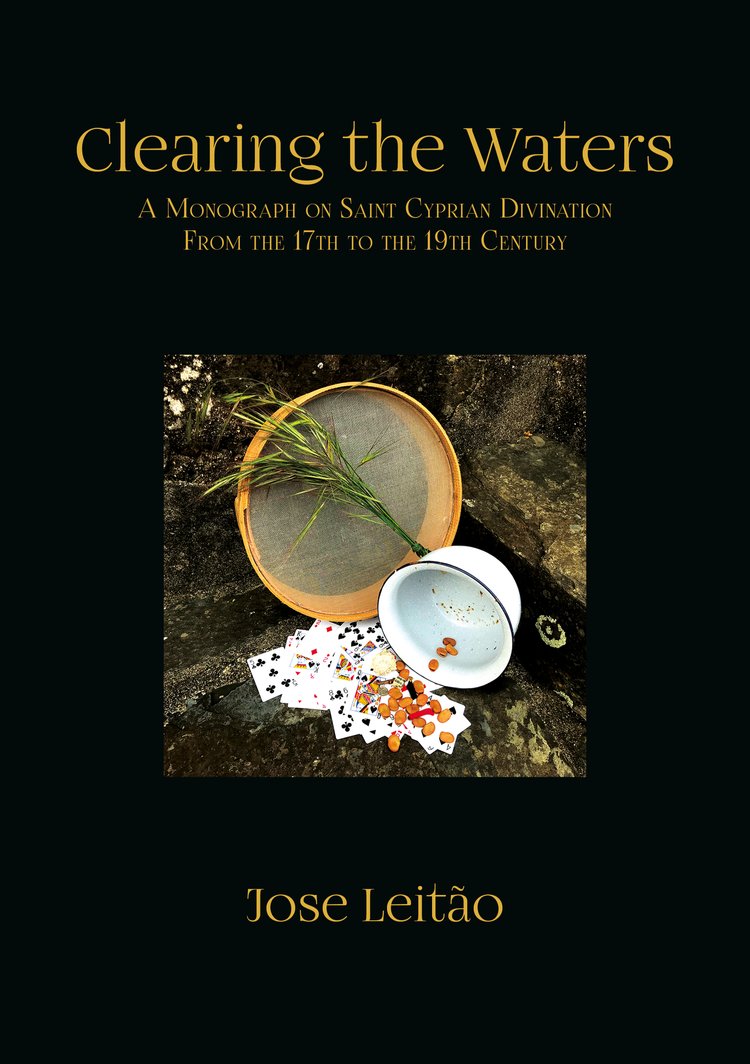 “In Clearing the Waters: A Monograph on Saint Cyprian Divination from the 17th to the 19th Century, author José Leitão utilises Portuguese Inquisition records and Prosecutor’s Notebooks to unravel the mystery of this seafaring incantation. Pre-orders are now open for the hardcover edition, limited to 500 copies. The softcover and digital editions will be released when the hardcover is ready to ship. Pre-orders can also be found on our EU site here.

“Card divination has long been a particularly iconic aspect of the Portuguese Book of Saint Cyprian, featuring in the cover illustrations of most of its nineteenth-century editions. Included in many of the cartomancy systems within this grimoire is a small pseudo-hagiographical narrative and incantation, which mentions a supposed seven-year seafaring journey made by Saint Cyprian himself. This incantation, when looked upon from a thematic, methodologic or historic perspective, seems out of place. Furthermore, similar incantations can also be found in several sources, both associated with cartomancy or any other ‘Cyprianic’ divination method, making the origin and meaning of these an unresolved question.

“In Clearing the Waters: A Monograph on Saint Cyprian Divination from the 17th to the 19th Century, author José Leitão collects an extensive corpus of divinatory and sorcerous practices from the records of the Portuguese Inquisition to unravel the mystery of this seafaring incantation, and how it has come to be associated with contemporary Cyprian divination. Along the way, this documentation reveals an untold history of four hundred years of Iberian urban magic, traversing coscinomancy, favomancy, and hydromancy, and culminating in the divinatory techniques found in the Book of Saint Cyprian. Besides offering historical clarification on the seafaring incantation, Clearing the Waters aims to be a bountiful resource and reference work by offering all the Inquisitorial documentation examined in detailed appendixes, most of which have been transcribed and translated into English for the first time.” 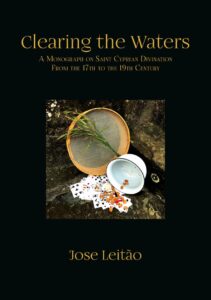