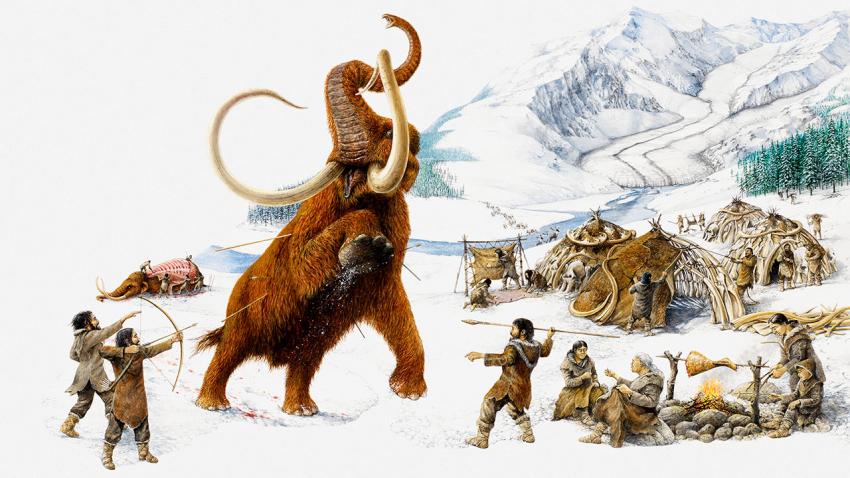 In August of 2012, an 11-year-old boy made a gruesome discovery in a frozen bluff overlooking the Arctic Ocean. While exploring the foggy coast of Yenisei Bay, about 2000 kilometers south of the North Pole, he came upon the leg bones of a woolly mammoth eroding out of frozen sediments. Scientists excavating the well-preserved creature determined that it had been killed by humans: Its eye sockets, ribs, and jaw had been battered, apparently by spears, and one spear-point had left a dent in its cheekbone—perhaps a missed blow aimed at the base of its trunk.

When they dated the remains, the researchers got another surprise: The mammoth died 45,000 years ago. That means that humans lived in the Arctic more than 10,000 years earlier than scientists believed, according to a new study. The find suggests that even at this early stage, humans were traversing the most frigid parts of the globe and had the adaptive ability to migrate almost everywhere.