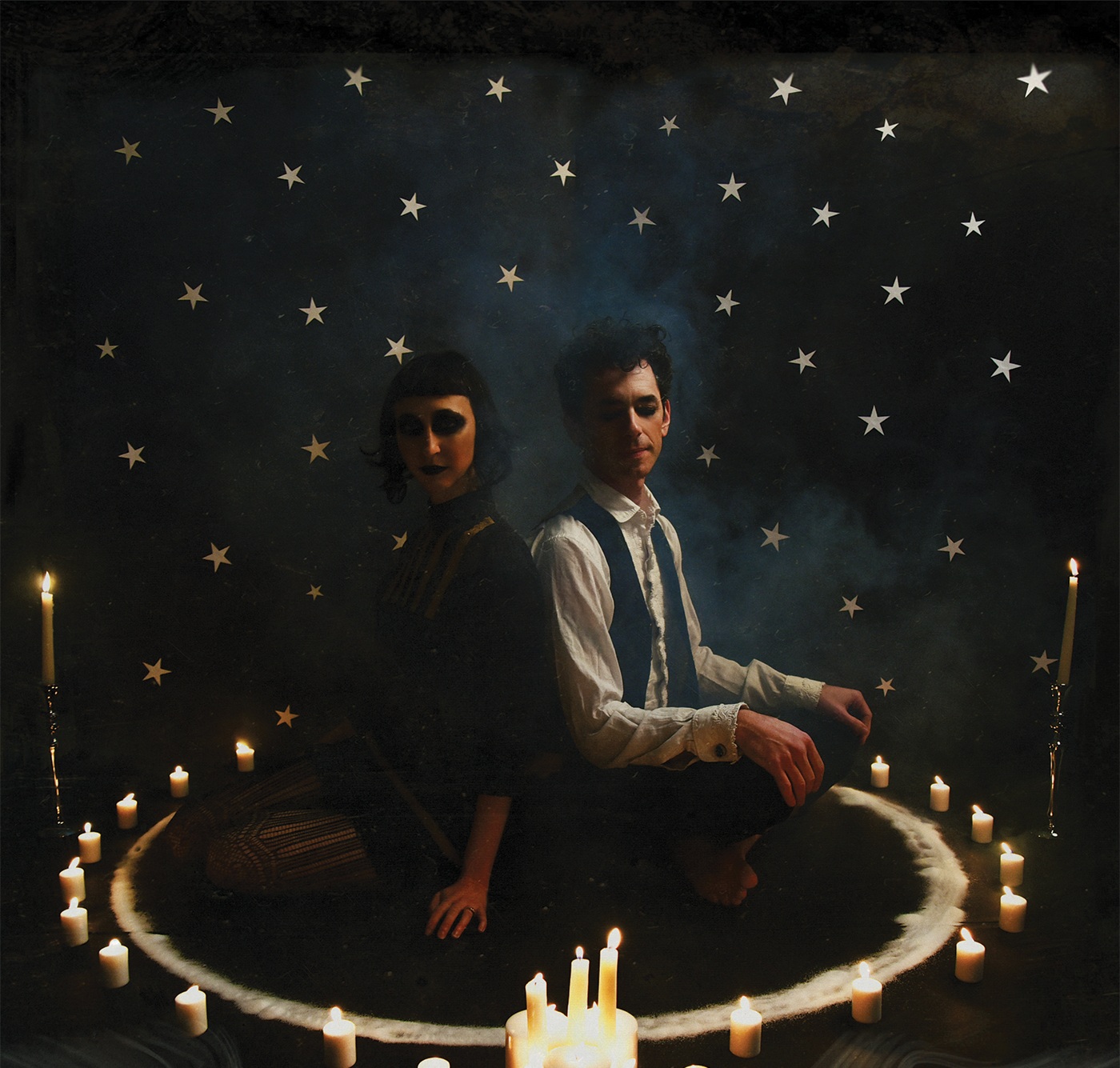 I’ma just posting this PR I rec’d as is:

Macabre musical duo Charming Disaster’s next album will be a departure from their usual folklore and occult fascinations. In Our Lady of Radium, the goth-folk duo will take on the subject of pioneering scientist Marie Curie, applying their playfully dark artistic sensibility to Curie’s life and work. They recently announced a Kickstarter in support of the concept album, which met its campaign goal in just three days and continues to grow.

The story of Curie and radium is a source of popular fascination, as seen in the recent films Radioactive and Radium Girls, but Charming Disaster’s concept album will be the first of its kind. Our Lady of Radium includes nine songs exploring moments from Marie Curie’s life and discoveries, including: the ancient folklore of the mountains where radioactive ores were mined; the romance of equals between Marie and Pierre; her grief following his tragic death; the physical characteristics of radium itself; the personal scandal that almost destroyed her; and the “Radium Girls,” poisoned by their work painting watch dials with radium-based paint. Not to mention duels, alchemy, dwarves, romance, Egyptian mythology, radioactive decay chains, and other secret histories.

Our Lady of Radium will be released alongside a lyrics and art book with research notes and original illustrations by artist Susan Saas. A release date will be announced later this year.

The Kickstarter campaign for Our Lady of Radium will remain live through June 8, 2021.

Brooklyn-based goth-folk duo Charming Disaster was formed in 2012 by Ellia Bisker and Jeff Morris. Inspired by the gothic humor of Edward Gorey and Tim Burton, the noir storytelling of Raymond Chandler, the murder ballads of the Americana tradition, and the dramatic flair of the cabaret, they write songs that tell stories, using two voices to explore dark narratives and characters with a playfully dark sensibility.

Charming Disaster’s music has been featured on the spooky hit podcast Welcome to Night Vale, they have toured with legendary cello-rock ensemble Rasputina, and their theatrical, entertaining live performances have captivated audiences across the United States. They have played festivals, bars and clubs, museums and art galleries, bookstores and libraries, and the occasional historic cemetery. They have appeared alongside storytellers, comedians, fire eaters, puppets, burlesque artists, poets, and circus performers. Recent live appearances include Joe’s Pub at The Public Theater in NYC, Brooklyn’s historic Green-Wood Cemetery, the Rochester Fringe Festival, and the Coney Island Sideshow stage.

“Charming Disaster have a penchant for dramatic eyeliner and fashion forward outfits, both nice visual representations of their creative work. The ensemble’s woozy folk-pop plays around the edges of the Gothic and, yes, the ritualistic…songs that are dark in subject matter but performed with a stomping liveliness…They clearly have a sharply-attuned sense of humor to go along with their occasional tarot readings and occult interests.” – Paste