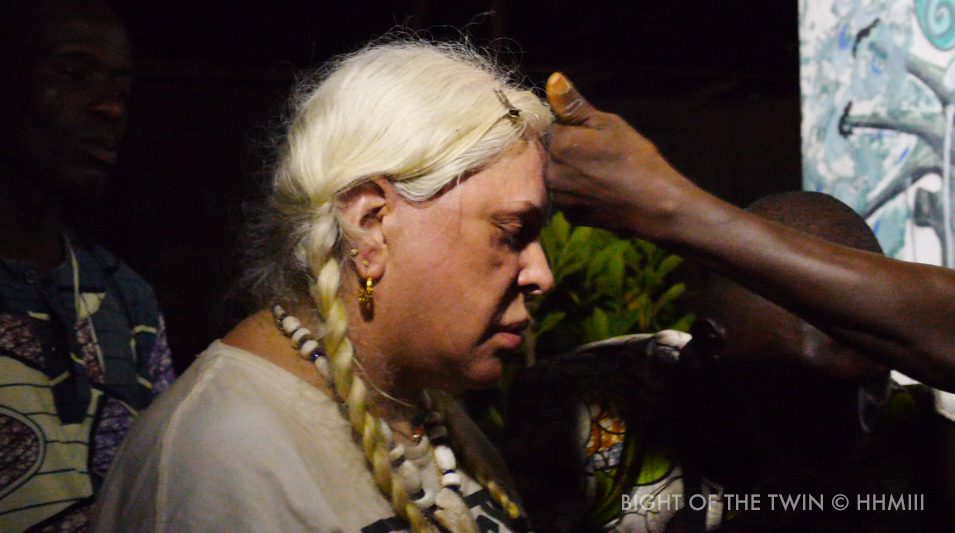 New Discretions is pleased to present Candy Factory 2: Coum to Thee Nest, an exhibition featuring the collaborative work of the late Genesis Breyer P-Orridge and Eric Heist. On display will be a selection of new, sequentially-ordered, vibrant, silkscreened gender-indeterminate details of bodies on square surfaces.

Premiered at New York’s Team Gallery in the year 2000, the initial Candy Factory exhibition marked the first time that Genesis Breyer P-Orridge, the legendary artist/musician/provocateur had presented work in a commercial gallery. Her performance art troupe COUM Transmissions, had already had their first retrospective at the ICA (London) as far back as 1976, but her work was mostly performance or mailart or music—all very hard to commodify.

The aforementioned exhibition was a partnership between Genesis Breyer P-Orridge and the artist Eric Heist. At the time, Heist was creating sugar-coated silkscreen paintings of body-related imagery. Breyer P-Orridge was making photographic images of non gender-specific bodies. Heist was also running the non-profit organization, Momenta Art, and both were interested in incorporating context through images that suggested the elision of wealth and poverty, transcending class by moving away from identity distinctions. Bruce Benderson had referenced this impulse in his essay Toward the New Degeneracy just a couple years earlier.

The result, Candy Factory: pop-infused images and bodies without sex, age, class or race, a symbol for the one as well as the multiple. The name for the project combines Candy Darling and Factory Records, an overlapping of art and music.

In 2018, Breyer P-Orridge and Heist began working together again, concentrating on a set of Polaroid images taken in a ritualistic manner by Breyer P-Orridge of an unidentified individual or individuals. Brighter, more pop, more abstract, these new works used a simple system, a set of thirty 22-inch square silkscreen on canvas panel works were derived from a Polaroid image of non-distinct nudity. A base color of the six primary and secondary colors (red, violet, blue, green, yellow, orange) was overlaid with the image using the five remaining colors in a sequence through the color wheel. In this manner, process art overlapped with performative ritual. Other sets of sequential color and the rotation of imagery continue suggestions of cyclical movement and continuity within the attraction of bodies to one another. The images and works in this installation all simultaneously exist independently and collectively.

In final text messages between Breyer P-Orridge and Heist, Breyer P-Orridge texted in her unique manner: “Spending 5 Daze in the Horse Pistol—Butter Coum to the Nest” (spending five days in the hospital but come to my apartment afterwards). The continuity of Candy Factory—rotating, changing, moving from red to yellow to blue and back again—follows the continuity of existence itself, reassuring that death is not an end.–

Eric Heist (b. 1962) is an artist who works in multiple media imaging the complexities of power, time and socio-political contradictions. Recent solo or two-person exhibitions include Kanal–Centre Pompidou (Brussels); Field Projects (New York); Galveston Artist Residency (Galveston, Texas) Foundations, Schroeder Romero/Shredder (New York). His work has been included in exhibitions at Participant, Inc., Max Protetch, Ronald Feldman Fine Arts, White Columns, Roebling Hall, NY, Elizabeth Vallaix Gallery, Paris, and the Brooklyn Museum of Art, amongst others. He is a founder and director of Momenta Art since 1986, a not-for-profit exhibition organization. His work has been reviewed by Holland Cotter and Roberta Smith of the New York Times, William Powhida in The Brooklyn Rail, and Christian Viveros-Fauné in Art in America, among others. He received a Pollock Krasner Award in 2020.