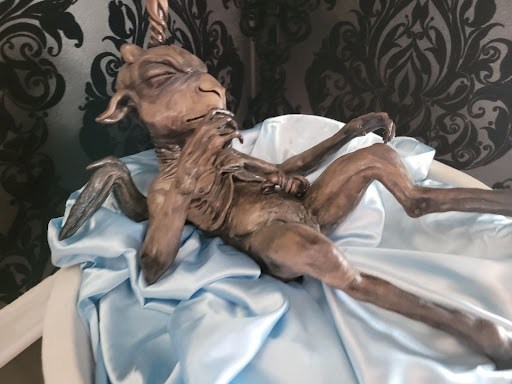 This is the second installment in Massimo Introvigne’s series in Bitter Winter Magazine on modern Satanism. One excerpt reads:

” Information about this movement is uncertain and ambiguous. It often comes from strange characters, who—although they had really investigated the occultist subculture—were also part of it. They mixed fantasy with reality, as did journalist Jules Bois (1868–1943). Novelist Joris-Karl Huysmans (1848–1907) relied on Bois as one of his main informants. In 1891, Huysmans published his novel “Là-bas” (Down There). This text contains the most famous literary description of a “Black Mass,” which served as a model for numerous flesh-and-blood Satanists of the twentieth century.

“One of the symbols of Satanism popular media discussing Huysmans’ revelations used had been created in the 1850s by French esoteric author Éliphas Lévi (Alphonse-Louis Constant,1810–1875). Lévi was not a Satanist, but offered to the Satanists their most popular icon ever, the Baphomet, portrayed in his book ‘Dogme et Rituel de la Haute Magie’ (Dogma and Ritual of High Magic, 1854–1856).

“Another relevant name for Bois and Huysmans was Eugène Vintras (1807–1875). He promoted a schism within the Catholic Church, introducing bizarre occult rituals. Vintras collected ‘archives’ about the Satanists with the aim of fighting them, and ended up being accused himself of Satanism by the Catholic Church.” 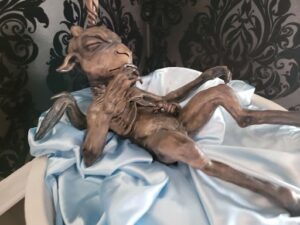