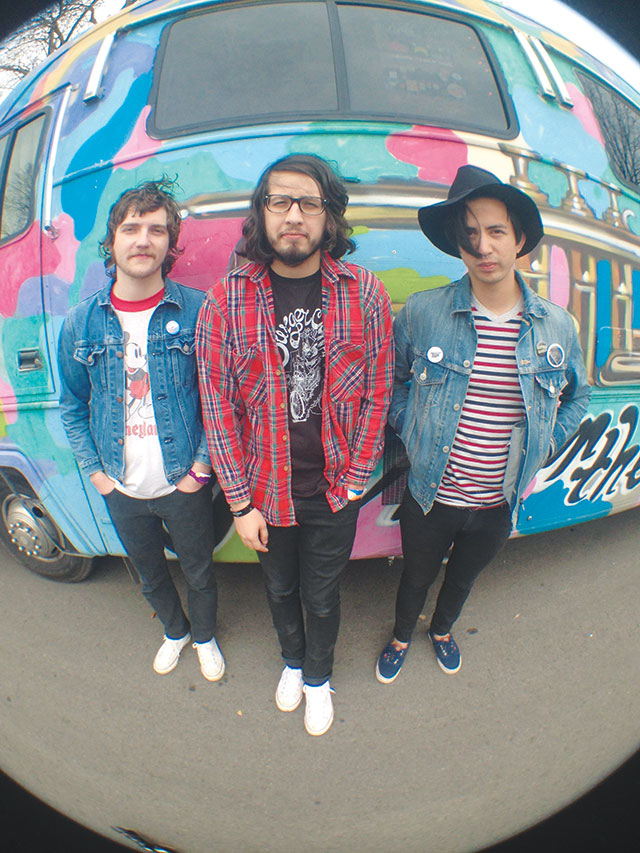 “The late and great Gram Parson’s once coined a term that changed American music forever – “Cosmic American Music” was a way to describe a blend of roots music with various genres as a shared, ever-evolving concept for new sounds.

“The Flower Jesus Quintet, a cosmic group of artists based in San Antonio, TX uses this concept as their creative mantra — writing odes to what has come, accompanied with an innovative vision for the future.

“Since 2013, the group has re-introduced their sound through two iconic self-released EP’s: “Massive Cave”, a deconstructive exhibition which documents the creative process of songwriting and experimentation. And most recently, “Cosmic American Music”, a venture into the creative unconscious which further explores experimentation through blurring genre lines and creating alternate approaches to song form.

“The group will record their third EP in September 2014 at Eastern Sun Studios in Austin, TX with artist and engineer, Matt Simon of Tele Novella.

“Be sure to keep an ear out for these cosmic sons of Texas.”

and give “Buddha and Crowley” a listen: