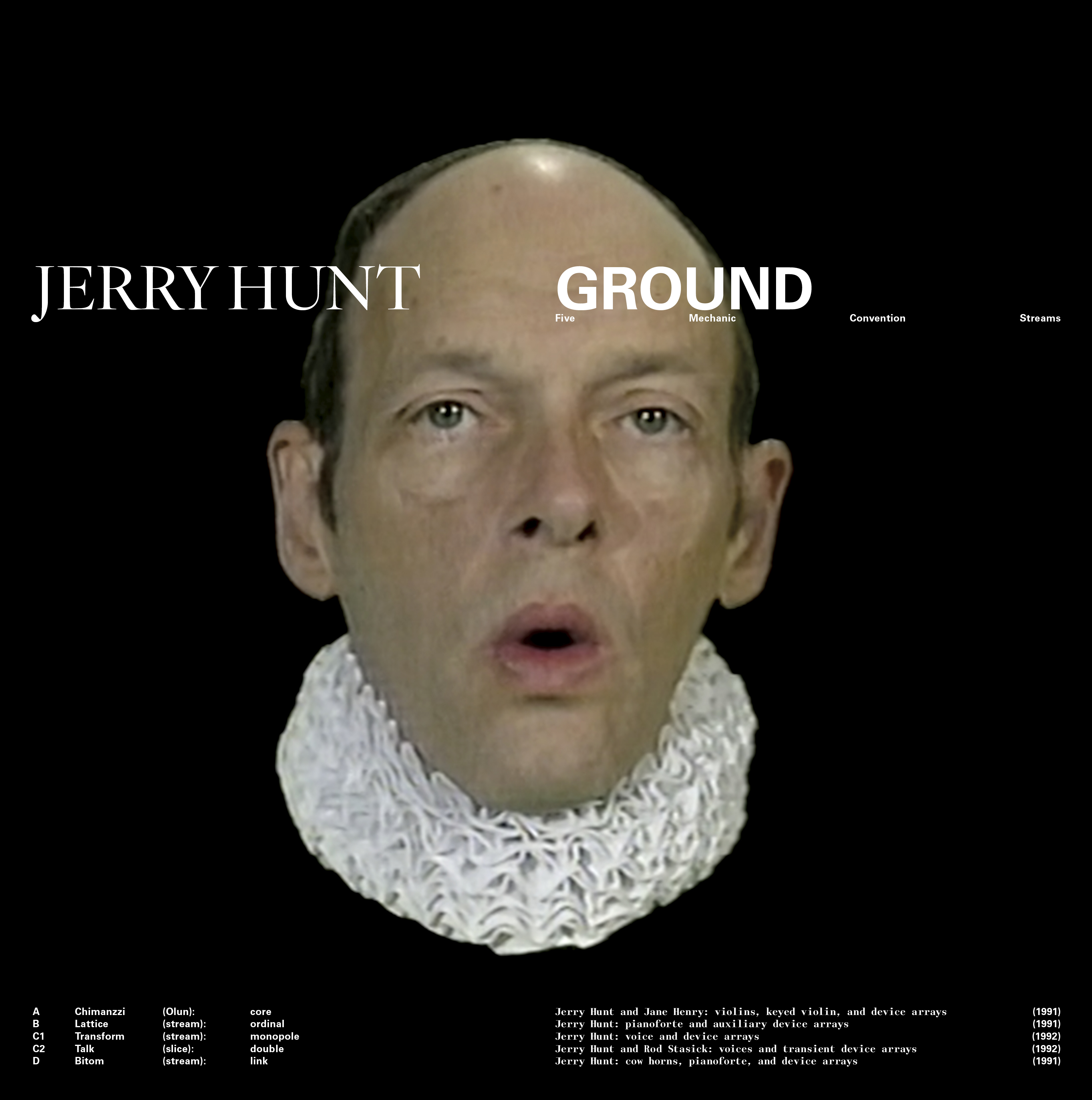 Following up on yesterday’s post regarding Blank Form’s exhibition of composer Jerry Hunt’s work, here’s news about a vinyl release of his final album:

“The final album released by the composer-performer Jerry Hunt before his death, Ground: Five Mechanic Convention Streams is a rare and foundational audio document of Hunt’s compositional process. The record collects five pieces from the artist’s “Ground” series, translating his characteristically variable and spatial scores into “recorded fixtures of activity using mechanic musical instrument arrays,” to eerie and mesmerizing results. Originally released by experimental label OODiscs in 1992, it is now available on vinyl for the first time from Blank Forms Editions. Its tracks are dense and unpredictable, a miscellany of arrhythmic bursts, fragments of spoken and whispered words, soft then fevered rattles and shaking, and a rare return to pianoforte for the virtuoso player. On “Talk (slice): double” a nervous, warped dialogue unfolds between Hunt and composer Rod Stasick, their voices alternately measured and monstrous. In “Transform (stream): monopole,” breathy whistles build against a shimmering stream of bells, rattles, and shakers in a fantastical cascade of percussion. Hunt revisits the piano in “Lattice (stream): ordinal” and “Bitom (stream): link,” oscillating between gentle, almost classical phrases and frantic, seemingly random play. His collaboration with violinist Jane Henry, “Chimanazzi (Olun): core,” extends similarly unorthodox playing techniques to the violin, involving the scraping, plucking, and playing of its strings. The unstable quality of these tracks belies the rigor of Hunt’s procedures; each of Ground’s five pieces, their “common ground core,” is derived from the angelic tables of sixteenth century English philosopher and occultist John Dee, adapted by Hunt as frameworks to layer, adapt, and renew in his compositions. With a complex arrangement of sensors and equipment, which the artist called “interrelated electronic, mechanic, and social sound-sight interactive transactional systems,” Hunt realized these derivative systems in the techno-shamanic performances for which he is best known. Ground distills these procedures into fixed songs, producing a vital and critical record of Hunt’s singular approach to composition.

“Ground: Five Mechanic Convention Streams is released as part of Blank Forms’s extensive program dedicated to Jerry Hunt. This program includes the first institutional exhibition of the artist’s videos and sculptures, Jerry Hunt: Transmissions from the Pleroma, presented at Blank Forms from February 16th to June 11th, 2022; the publication of Partners, a memoir-cum-biography by the artist’s long-time romantic partner Stephen Housewright; the forthcoming anthology Blank Forms 08: Transmissions from the Pleroma; and Irida Records: Hybrid Musics from Texas and Beyond, 1979–1986, a deluxe LP boxed set and reader on Hunt’s briefly-lived independent label.” 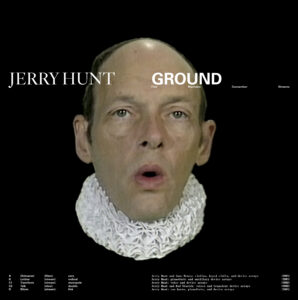 Thanks to Arild for the tip!