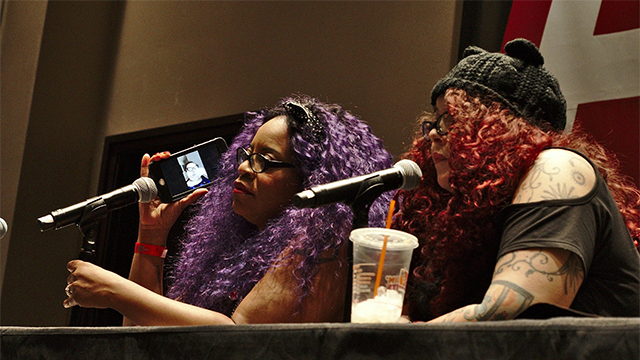 According to her website, sexAbled, “Robin Wilson-Beattie is a nationally recognised self and systems disability advocate.  Her mission is to create dialogue and educate others about discovering and embracing their sexuality, regardless of abilities. Robin would like to teach the world to see that a closed mind is the only limiting factor to safe, sane, consensual,  adaptive enjoyable sex. Robin is available for speaking,  public appearances, workshops, classes, and one-on-one consultations. She is working towards launching an upcoming line of products that embody disability and sexual pride.”

“Robin Wilson-Beattie didn’t get the support she needed to rebuild her sex life after an aneurysm, so now she dedicates her life to helping other people with disabilities,” reports Broadly.

Although this should be obvious, people with disabilities don’t all have the same sexual interests and desires. Some are monogamous. Some are polyamorous. Some are kinky. Some aren’t. Regardless of how one is abled, it’s not just okay but in fact healthy to feel sexy and vital. Learn about these lessons and more: