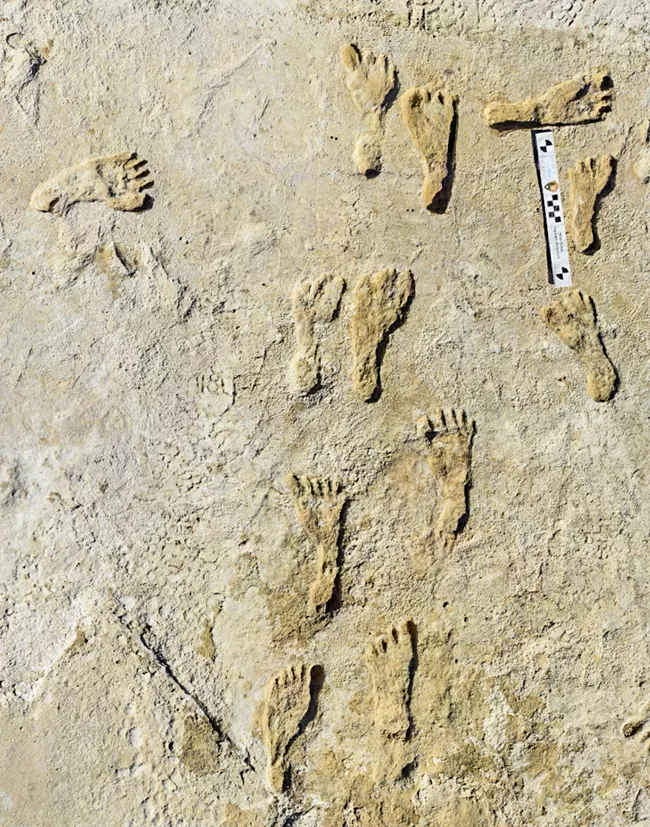 Late last year, the scholarly journal published a paper by a British team suggesting that homo sapiens had populate the Americas a couple thousand years earlier than previously believed. This is based on fossil footprints found in New Mexico indicating that humans had reached there between 23,000 – 21,000 years ago. The paper’s abstract states:

“Archaeologists and researchers in allied fields have long sought to understand human colonization of North America. Questions remain about when and how people migrated, where they originated, and how their arrival affected the established fauna and landscape. Here, we present evidence from excavated surfaces in White Sands National Park (New Mexico, United States), where multiple in situ human footprints are stratigraphically constrained and bracketed by seed layers that yield calibrated radiocarbon ages between ~23 and 21 thousand years ago. These findings confirm the presence of humans in North America during the Last Glacial Maximum, adding evidence to the antiquity of human colonization of the Americas and providing a temporal range extension for the coexistence of early inhabitants and Pleistocene megafauna.” 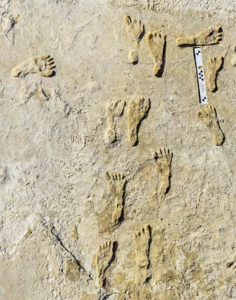