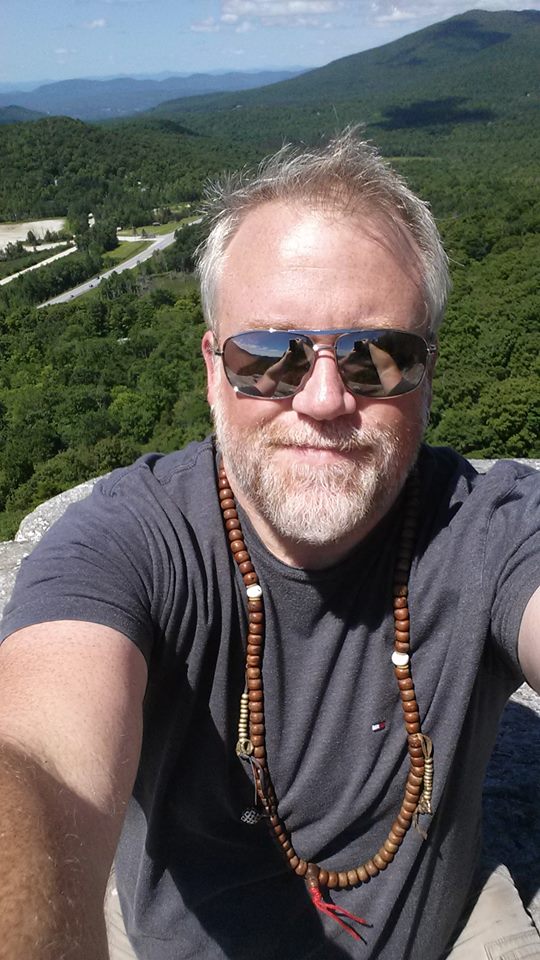 Here’s some interesting ponderings from our pal Inominandum, touching on points like – encouraging people locked into a mundane perspective of reality to consider the possibility of magical aspects being functional as well as getting magically oriented people to ground their work in mundane considerations, employing healthy skepticism of one’s supernormal experiences etc. These come with plugs for his various courses.

“I recently told a few students that my mission in life is to take ordinary people and put their heads in the clouds, and take magical people and plant their feet on the ground. It was an offhanded comment and I can’t even remember the context it was made in, but it sparked some conversation on it’s own.

“The first part of that statement is pretty obvious and speaks to what Gordon White is calling the “re-enchantment of the world”. I do it by writing books and courses and interacting with people without masking who I am. Since this memo goes out to people that are already in the “camp magical”, I don’t need to comment further.

“The second part of this taking magical people and planting their feet on the ground is probably where I spend more energy. Some of it is obvious: I emphasize the linking of magical to mundane actions to people who answer every problem with a spell. I stress the study of non-magical books to people who are reading 80% occult literature. I forbid the discussion of RPG and Fiction based magic in my groups. I developed a Mindfulness program that is deliberately not for those who wish to be pseudo-monks and stresses non-contemplative lifestyle.

“But it goes beyond that. I want people to question their own psychic experiences, spirit contact, and relationships with the divine. Obviously I believe that these things are real, or I would not be in this game, but I have to admit I do question it when people tell me that they have a relationship with a powerful angel, god, or spirit that resembles a “My Buddy” commercial more than a profound experience. Once I get communications from an entity the first thing I do is evaluate it critically.

“It can be hard to be critical of an experience that most of the world already thinks is fake, and I certainly think its more important to “remove the log from thine own eye” rather than question others, but it’s still important to question your own experiences. If I am not too good to ask myself “what role did my mind play in this experience” then neither are you. Rather than take it all at face value and run with our head in the clouds, if we plant our feet on the ground and use some critique we can open ourselves to more profound levels of contact.

“It’s not about whether you are having a spiritual or magical experience or not. It’s about how deep and clear it is.

“It’s National Poetry month, so I asked Andrew B Watt to put together a little something about invocation and poetry. Please enjoy the piece, and go check out Andrews work https://andrewbwatt.com/2017/04/01/poetry-for-april/

“The School of the Bards

“a guide to poetry and invocation for Strategic Sorcerers

“by Andrew B. Watt

“Part One: Constraints, Structure, and Memory

“The notion that poetry is a kind of magic and that the poet knows secrets and has powers not shared by other men is deeply rooted in the human race.

— Sir Cecil Maurice Bowra, in The Heritage of Symbolism (1954)

“This idea — that the poet has secret powers — is an old one.  The poet of Beowulf speaks of the hero “unlocking his word-hoard.” Both the Iliad and the Odyssey begin with invocations to the Muse for aid in telling the story. Taliesen comes to be a great magician through knowledge of words.  In numerous places around the world, and across time, we find evidence that not every magician is a poet — but every poet is a magician.

“In this three-part article, I’m going to provide a few tools to help you become more effective poets, and thus begin to master a field of magic that maybe you have neglected. In Part One, I’lll provide two exercises designed to help you become a better poet (and thus a better writer, thinker and speaker); in Part Two, I’ll talk about how to extend these apparently-simple and basic practices into your magical practice.  In Part Three, I’ll describe the results of these practices, and how they may affect your magical practice.

“Exercise One: Master a form

“In medieval and Renaissance Ireland, historical sources indicate that the surviving bardic schools would wrap a student in a blanket after giving the student a theme and a form.  The theme would be a figure from Ireland’s myth or history; the form would be one of the traditional formats of Irish poetry.  We can deduce three elements from this — subject matter (theme), limitation of distractions (blanket), and structure (form).

“For this exercise, we’re going to use the Sonnet as our form. There are others — ballades, odes (one of my favorites), sestinas, haiku, and more. Sonnets are good for this, though because they’re longer than haiku and they’re governed by three core rules:

2.         The last words of each line rhyme, in a specific pattern: ABABCDCDEFEFGG

3.         Each line has ten syllables and a gentle rhythm called ‘Iambic Pentameter’.

“You are going to write a sonnet in fifteen minutes. It will be terrible — and you may find that dismaying. But that’s the point. You’re in the school of the bards — not a teacher.  Do the exercise. Turn away from all distractions, set a timer  for fifteen minutes, and begin.

“SECOND, count how many syllables are in each end word.  Subract that number from ten.  Count on the fingers of both hands that many syllables, speaking words aloud until you find a sentence or phrase of language that fits that number of syllables. Write that down.

“THIRD, write down the first phrase that fits for each line.  You’re learning a form of poetry, and learning to master it.  Don’t worry if the poem doesn’t make sense. Your goal should be to write the complete poem in fifteen minutes or less, even if it’s terrible.

“FOURTH, even after the time has elapsed, read the poem aloud. Circle with a red (or differently-colored pen) whatever parts of the poem sound unnatural or weird to you. Don’t bother fixing them.  In all, you should spend no  more than 20 minutes doing the exercise up to this point.

“FIFTH, do this exercise daily for seven days. At the end of seven days, you’ll have seven poems that you wrote ‘backwards’… on the eighth day, try writing a sonnet ‘frontwards’, that is, line-by-line from first line to last line, with the rhyme scheme and ten syllables per line, in fifteen minutes or less. More than 80% of those who write seven sonnets ‘backwards’ are able to write a sonnet front-ways within the week.

“Sonnets are common in the English language, less so in French or Spanish, but are also a part of Italian poetry (though they often use the Petrarchan rhyme scheme ABBAABBACDECDE, because there are so many more rhyming words in regular categories than in English).

“Pick a poet (William Shakespeare, William Blake, Elizabeth Barrett Browning, John Donne, Christina Rosetti, Emma Lazarus), and memorize a sonnet — just one, for now.  You will find that you will do best to memorize the first one you come upon, rather than searching endlessly for the “right one.”

“When memorizing a poem, there are a variety of ways to do so, but most of them amount to this simple four-part advice —

“What’s Going On In April…
Launching a new course on business and magic, and a new Arcane Audio class on Tulpas and Servitors. 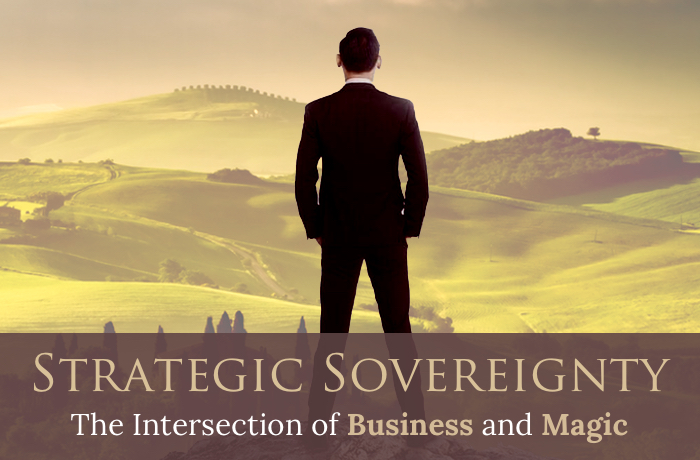 “Unlike my other courses where I would encourage anyone and everyone to join, this one will be open only to those who have or are seeking to start their own business. You may already work for yourself, or you may just be interested in a side business to bring in extra income. You may not even have am idea yet, but you know that that you want to start something.If you want to take Financial Sorcery further this is the course.Get the details here. http://www.strategicsorcery.net/strategic-sovereignty-the-intersection-of-business-and-magic/ 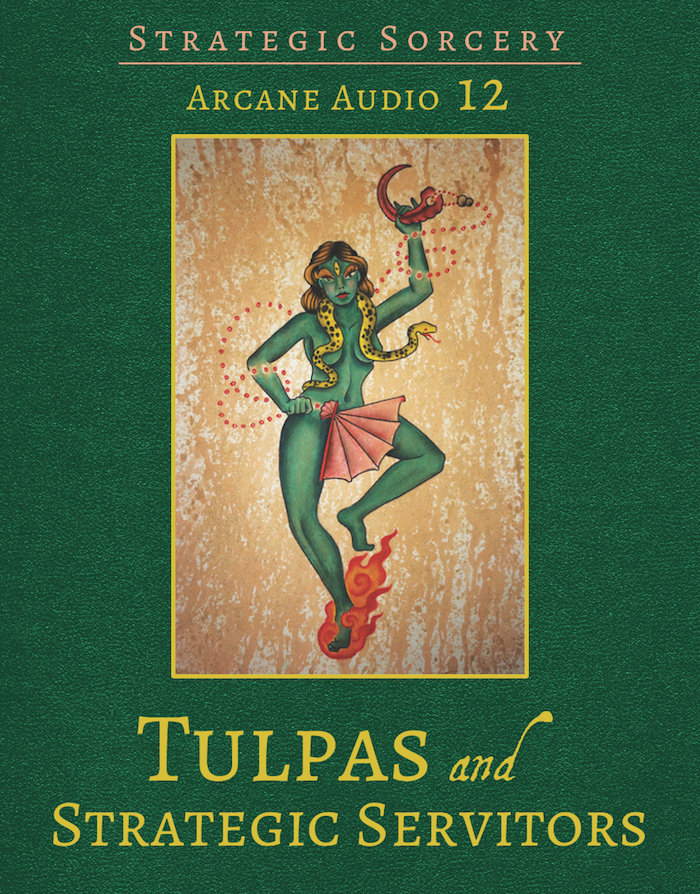 “Servitors, Artificial Elementals, Thoughtforms, Designer Entities: all names for something the Sorcerer creates in spirit and animates through force of will. The idea that a Sorcerer can create an astral form and give it a life to perform magic has become one of the most controversial aspects of magic. The furthest ends of orthodox magic question whether something like this even really happens, or if its just a spirit fulfilling the role. Others question why one would want to create a servitor when surely a spirit would be more powerful. On the opposite end of the spectrum there are those who feel that all traditional gods and spirits are actually servitors created by the human mind. Add to this confusion over the term Tibetan Term Tulpa, and you have a very muddy corner of the occult.

“Even though I obviously make use of spirits, I still make use servitors in my practice. To me they are very different things. In this class I will cut through the controversy and myths so we can focus on the tactics and tech that make this practice useful. For the first time anywhere I will reveal my own system for making servitors, based on Tibetan Mahayoga Kye-Rim practices, and give an example servitor created with this method: Vashya – A Servitor of Influence and Enchantment – pictured above.

HOW DOES THIS WORK? This webinar will be held via ZOOM. Hop on with your favorite device for 90 minutes of instruction followd by 45 minutes of Q and A

WHEN IS IT? Wednesday April 26th 9pm. EDT

IS THERE A RECORDING? Yes there is. Everyone who signs up gets a recording of the call whether they attend live or not

WHAT’S THE COST? 50 Bucks. Payable via the link below.
–
https://www.paypal.com/cgi-bin/webscr?cmd=_s-xclick&hosted_button_id=WKNDESLKHVXSJ

CAN I GET OLD ARCANE AUDIO’S? Yes you can! In fact there is currently a SALE. Buy four and get a fifth for free. Head here to get any of the old Arcane Audios…