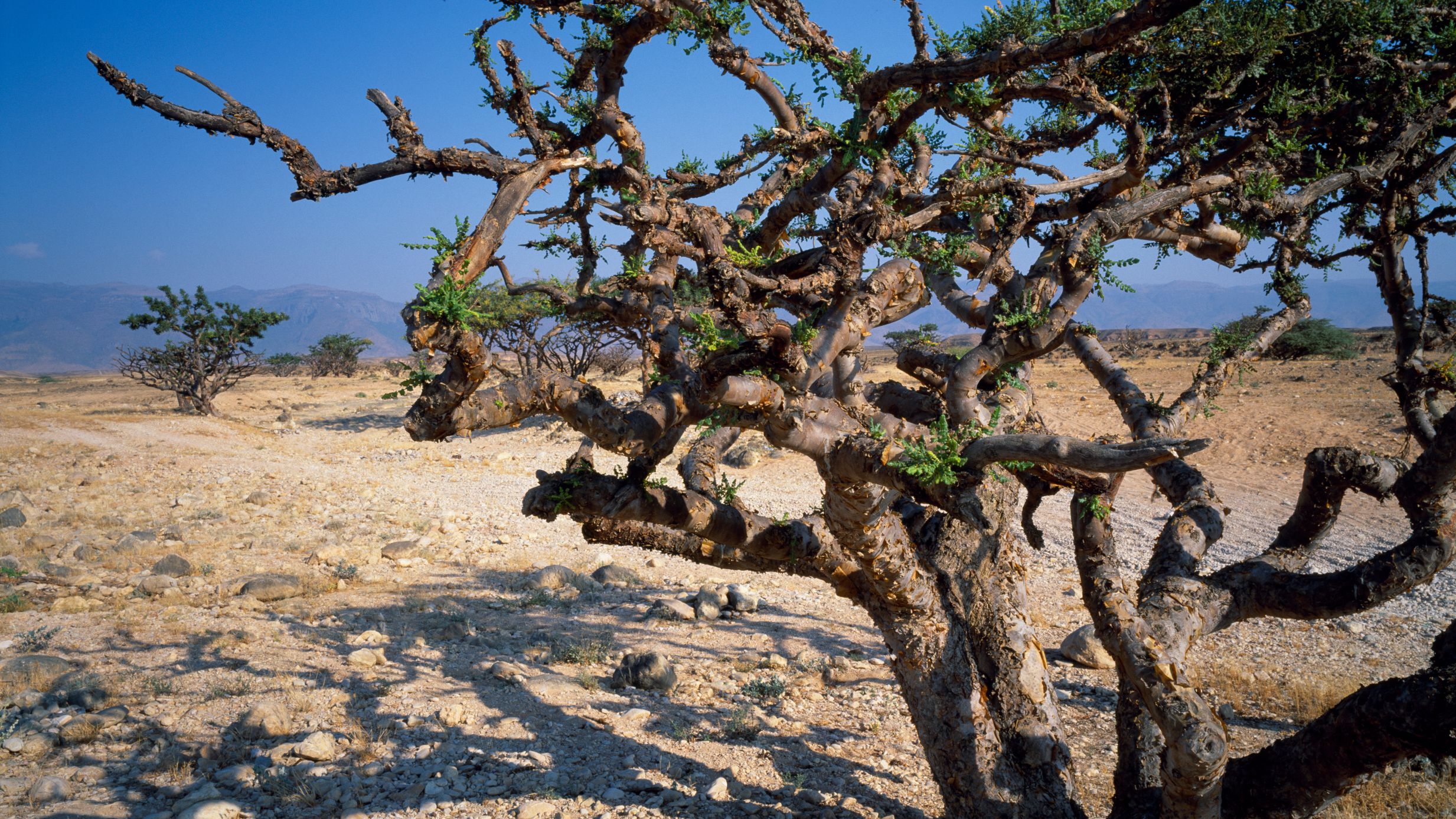 The New York Times style magazine recently ran a feature about the use of botanical oils in cutting edge beauty product. The oils utilize resins and bark that are a standard part of modern magical practice so I thought this might be of interest. The article starts out quite poetically:

“IT IS INDIFFERENT to beauty, this ragged tree that disdains soil and grows among the rocks, under bald sun and lashing winds, feeding on difficulty. Short as trees go, it has a hunkered-down look, its branches starting low to the ground and crooking and knotting as they rise. The most prized species make their home in the gullies and wadis of Dhofar in southern Oman and Hadhramaut in war-torn eastern Yemen, and along the cliffs and scarps of the Cal Madow mountains in Somaliland, whose 1991 declaration of independence from Somalia has gone unrecognized by the rest of the world. The Indigenous people of these regions brave snakes and scorpions to climb the trees and press a knife to the papery bark, just enough to break through the green skin beneath. Wounded, the tree begins to ooze, trying to heal itself, its viscous tears hardening into a resin that has been sought after and suffered over for nearly 5,000 years.

“The resin has a number of local names, among them luban, from the classical Arabic for milky whiteness, later adapted into Middle English as olibanum. But in the West we know it best as frankincense, after the Old French “franc encens,” or “superior incense,” and as a biblical relic, laid alongside its peers, gold and myrrh, at the feet of the newborn Jesus. Once frankincense was “the most economically valuable and most widely disseminated plant product on the globe,” the Lebanese-American ethnobotanist Gary Paul Nabhan writes in “Cumin, Camels and Caravans: A Spice Odyssey” (2014), esteemed as both fragrance and medicine, when there was little distinction between them. To sate the needs of the Roman Empire, camels hauled some 3,000 tons of it a year across the desolation of Arabia’s Rub’ al Khali, or Empty Quarter, the largest unbroken sweep of sand on earth. Over time, it was burned at temples from Karnak in Egypt to just north of modern Shanghai, and strewn over funeral pyres of the rich and powerful, giving off a dark scent with a warm halo, invoking must and musk, black pepper and sun-baked lemons, fallen pine needles and the fugitive sweetness of scorched wood.”