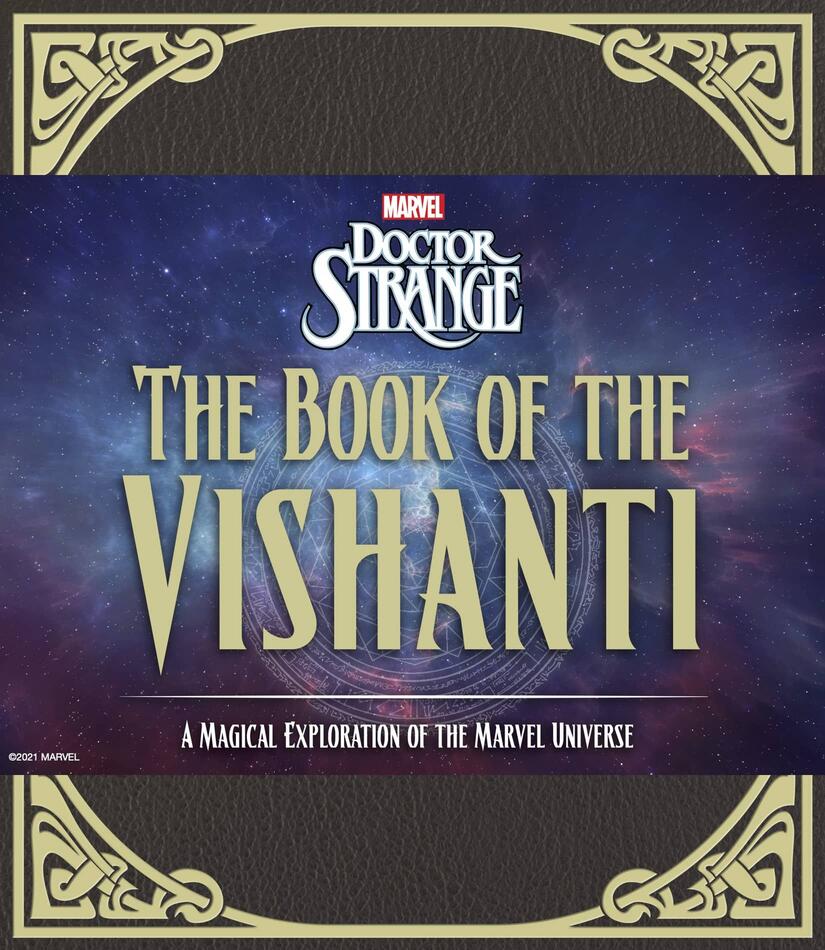 “This holiday season, Abrams Books is releasing Doctor Strange: The Book of the Vishanti, an immersive in-world guide to all things magical in the Marvel Universe. Pre-order this hardcover collection now!

“One of the most formidable and powerful items in the Marvel Universe, the sacred Book of the Vishanti contains an infinite number of potent spells, incantations, and lore from fantastic realms. Created thousands of years ago in the ancient city of Babylon to combat demons and those who wield dark magic, this tome has been passed down by the greatest sorcerers of the ages, each adding their own discoveries into its ever-expanding pages.

“Now in the possession of Doctor Strange, the Sorcerer Supreme and Earth’s foremost protector against mystical threats, the Book of the Vishanti acts as his first line of defense.

“The greatest source of magical knowledge in our dimension, the Book of the Vishanti is the ultimate collection of spells, history, and personal accounts recorded by practitioners over centuries, including notes from Doctor Strange himself. Featuring detailed inscriptions, mind-bending illustrations, and everything you need to know about the heroes, villains, artifacts, creatures, and worlds that make up the mystical and supernatural side of the Multiverse, this book is a must-have for all Marvel fans.”

Now on the one hand, this is all pure fiction, so on one level this is all for fun. On the other hand — there are people who claim to work with the Elder Gods, and Cthulhu as described in H.P. Lovecraft’s works of fiction, not to mention the Necronomicon — usually meaning the pastiche grimoire put together by “Simon” and other NYC based occultists, inspired by its mention in… Lovecraft. Back in the earlier days of Thelesis Oasis, there was plenty of talk of conjuring Superman and Warner Brothers cartoon characters! So who knows!