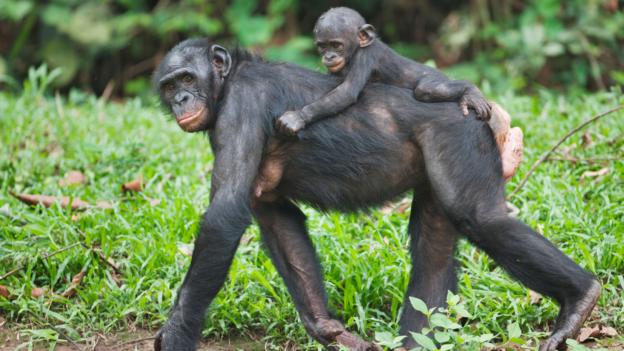 The BBC recently posted a piece that looks at a procative new anthropological theory – that the emotion and conventions surrounding romantic love developed in homo sapiens in order to discourage infanticide:

“In many primates today, a mother with a dependent infant is unavailable to mate until her infant is weaned. To get access to her, a male would first have to kill her child. This sort of targeted infanticide goes on in many species, including gorillas,monkeys and dolphins.

“This led Kit Opie of University College London in the UK and his colleagues, to propose a startling idea. Almost a third of primates form monogamous male-female relationships, and in 2013 Opie suggested that this behaviour had evolved to prevent infanticide.” C1GMPK Mother and baby Bonobo Chimpanzee at the Sanctuary Lola Ya Bonobo, Democratic Republic of the Congo