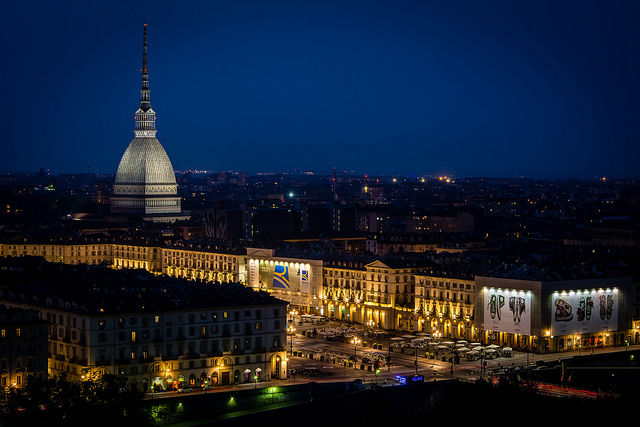 “I had two very busy days, appearing in the two main Italian talk shows (videos are in my Facebook page) and giving some twenty interviews, after a certain Paolo Meraglia and two assistants of him were arrested in Turin on charges of rape. Meraglia was totally unknown to both scholars and anti-cultists and was one of hundreds of clairvoyants operating “client cults” in Italy. He offered rituals cancelling bad karma for a fee.

“I have had access to a part of the police file and pictures. It appears that Meraglia’s esoteric culture was modest. He just had a few grimoires he had purchased in a local esoteric bookstore, from which he copied some formulae on a notebook. The problem is that Meraglia’s rituals required that women, if pretty, not only paid but slept with him and with his assistants in a primitive sex magic ritual. There is little doubt this really happened, as he videotaped the sex ritual and did it for almost twenty years. Unless he blackmailed some clients with the videos, this is not illegal with women of legal age, but recently he also slept with a minor, who had some afterthoughts and reported to a shelter for abused women. It seems that many women also got pregnant with ‘magical children.’

“The police apparently was energized by this story to accelerate their investigation on a similar case and, 24 hours thereafter, yesterday arrested a self-styled Turin master of Kriya Yoga called Guido Cattò. He also taught that women needed to sleep with him to absorb his positive energy but was smart enough to avoid minors. However, he is accused of ‘magical sex’with two women with serious psychiatric problems, which may amount to statutory rape in Italy.
What is very interesting in these stories is
(1) They are not unique. I am personally aware of another four cases in the last five years where Italian courts sentenced to three to six years jail penalties clairvoyants and magicians accused of raping their clients. One in Belluno claimed that, in order to remove the bad karma, he had to apply a magical oil on the private parts of the women.
(2) They completely escaped the radars of the anti-cultists, who were not very interested even after the court decisions.
(3) This is because they are “client cults” and what they do would not be easy to apply to “cult movements.” In Italy, several thousand clairvoyants registered as such with the Tax Office and in a survey I did years ago 15% of Italians stated they had used their services at least once. Of course, not all of them rape their clients. But it is a world inherently different from the new religious movements we are accustomed to study and the anti-cultists to fight. We scholars can expect to be interviewed by media more frequently in the future about these solo practitioners and micro-movements of three or four people who do not advertise, do not have Web sites, obtain clients through personal relationships, and generally remain invisible until they are involved in a criminal incident.