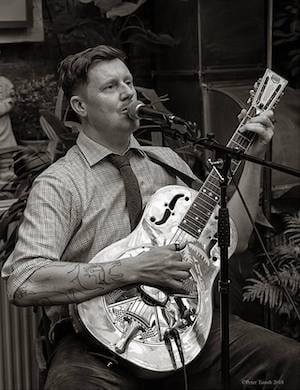 Here’s an excerpt from an interview that ran at FolkRadio.co.uk:

“Just over eighteen months ago George Nigel Hoyle – who records under the Cunning Folk moniker – spoke to Folk Radio about his album Ritual Land, Uncommon Ground: an eclectic and diverse showcase of his songwriting that drew inspiration from Steely Dan, Julian Cope and the nature writing of Robert MacFarlane. This month sees the release of a second Cunning Folk album, Constant Companion, a collection of wonderfully intimate songs, mostly from the folk tradition. It was recorded in live takes and demonstrates Hoyle’s talents as a sincere, lively performer and a staggeringly accomplished guitarist. He agreed to talk to us again about how and why he made it.” Read the whole interview