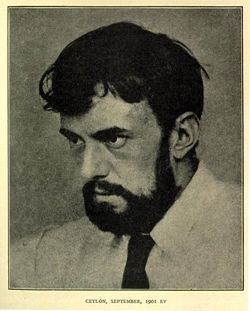 Here’s an interesting article by Arthur Shattuck O’Keefe about The Prophet of the Lovely Star’s 1901 visit to Japan – a relatively underdocumented episode in his life methinks. It begins:

“In the summer of 1901, the English occultist Aleister Crowley, age 25, stood before the Great Buddha at Kamakura. Having arrived in Yokohama just a few days before, he had crossed the Pacific from San Francisco via Honolulu and was in the midst of wrapping up a shipboard extramarital affair. He was also wrestling with a major life decision: Should he remain and live in Japan, or move on?

“Aleister Crowley (1875–1947) is a controversial figure of modern history. Known as (among other names) “the Beast 666,” he was a practitioner of magic as well as a world traveler, mountaineer, poet, novelist, chess player, and reputedly a spy during the First World War. Popular perception of him has long been associated with sexual licentiousness, recreational drug use, and Satanism, especially since being dubbed “The Wickedest Man in the World” and “The King of Depravity” in press headlines nearly a century ago. More recently he has been praised as a genuine spiritual explorer: In Aleister Crowley: The Biography, Tobias Churton describes Crowley as “a major thinker, as significant as Freud or Jung,” whose accomplishments include the introduction of scientific and psychological elements into mysticism (pp.7–8). In Perdurabo: The Life of Aleister Crowley, Richard Kaczynski calls him “one of the most remarkable and innovative figures of his century” (p. 558). Whatever one’s view of Crowley and his conduct, unless belief in the occult can be excluded as a significant cultural phenomenon, his influence is inescapable.” 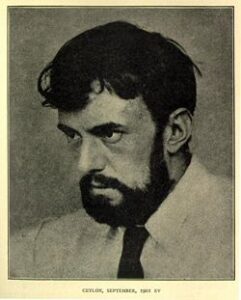